Mr. William Harold Wilkins of Troy, AL passed away Friday, October 28, 2022 at Troy Regional Medical Center in Troy. He was 77. Graveside services will be held at 11:30 a.m. Monday, October 31, 2022, at Oak Grove Methodist Church Cemetery with Rev. Mack Lowery officiating. Burial will follow with Skeen Funeral Home of Troy directing. The family will receive friends from 10:00 a.m. until 11:00 a.m. Monday, October 31, 2022, at Skeen Funeral Home in Troy. Mr. Wilkins was born December 29, 1944 to the late William Clifford Wilkins and Ruby Meadows Wilkins. In addition to his parents he was also preceded in death by his wife, Mary Jean Wilkins. He was well known in the timber industry and as a local business owner of Bumper to Bumper Auto Parts of Troy. He is survived by his children, David Wilkins (Sharon), Pelham AL, Danny Wilkins (Kim), DeFuniak Springs, FL, Donald Wilkins (Sandra) Bryson City, N.C., Douglas Wilkins, (Candace) Cordele, GA; grandchildren, Anna, Connor, Emily, Amy, Stephen, Shelby, Adam, Lindsay, and Braxton; great grandchildren, Ani Jane and Kathryn; sister, Dorothy Howard. Serving as pallbearers will be his sons, David, Danny, Donald, and Douglas and his grandsons, Connor, Stephen, Adam and Braxton. Memorials may be made to Oak Grove Methodist Church Cemetery. The guest book may be signed and words of condolences expressed at www.skeenfuneralhome.com 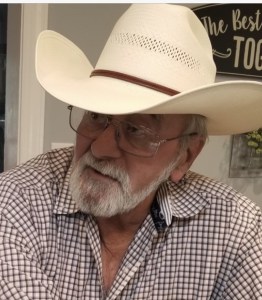 T. Moody, Moody, Moody Goose, Goose, Mad Dog, Daddy, Daddy Pop—it didn’t matter what you called him, what you saw was what you got if you were ever privileged enough to know Terrell Moody Barefoot. One-of-a-kind and always true to himself, he wore cowboy boots and western hats decades before Hollywood made them fashionable,  had a crewcut during the hippie days and long hair when preppies roamed the streets, and hilariously poked holes in the pretensions and hypocrisies he saw all around him.

He would have never considered himself a leader nor would he have chosen to be, but all the same he led by example as he quietly and without fanfare chose to be Christ-like rather than merely calling himself a Christian. His kindness, compassion, and generosity are legendary; all who knew him have stories about how he consistently put others before himself. In Terrell’s eyes, everyone he met, no matter their circumstances, was his fellow traveler on life’s path, deserving of dignity and love and, if needed, the shirt off his back.

A born storyteller with a steel-trap memory, he kept a beautiful,  specifically rural Southern way of life alive for his children and grandchildren through his colorful stories, leaving no detail by the wayside as he verbally painted pictures of his vast experiences, from taking the train alone from Ariton to Tennille several times a week as a small boy. . to riding horses through the downtown streets as a teenager. . .to courting and then stealing the preacher’s daughter as a young man.

His wit ranged from the philosophical: “I just take one day at a time. I don’t even buy green bananas”, to the practical: “If you ain’t here after what I’m here after then you’ll be here after I’m gone”, and even to the medical: “alka-seltzer and buttermilk” were his cure-all for any ailment.

One of his favorite sayings was “If I could put an old man’s head on a young man’s body, I’d have a heck of a machine,” and he usually pulled it out of his packet of wisdom when he was trying to get through to a wayward son or daughter so that they wouldn’t make the same mistakes he had.

Even when he disciplined and counseled his kids, it wasn’t without humor: “I think you need to bring your little country self back to Alabama”, and he usually had some especially choice words for boys trying to date his daughters:   “That one ain’t worth the gunpowder it’d take to blow his brains out.”

Terrell was born on December 26, 1941, to Carl Daniel Barefoot and Matred Merell Sutton Barefoot. He lived in Ariton, Alabama, his entire life and literally loved the very dirt under his feet. He was salt of the earth, and that earth– his and his family’s patch of Dale County—rewarded him with all of the things he considered to be important: home, family, food, and friends.

Daddy Pop, you’ll live forever in our hearts. Safe travels to your reward. Call us when you get there.

Condolences may be expressed at www.HolmanFuneralHome.com