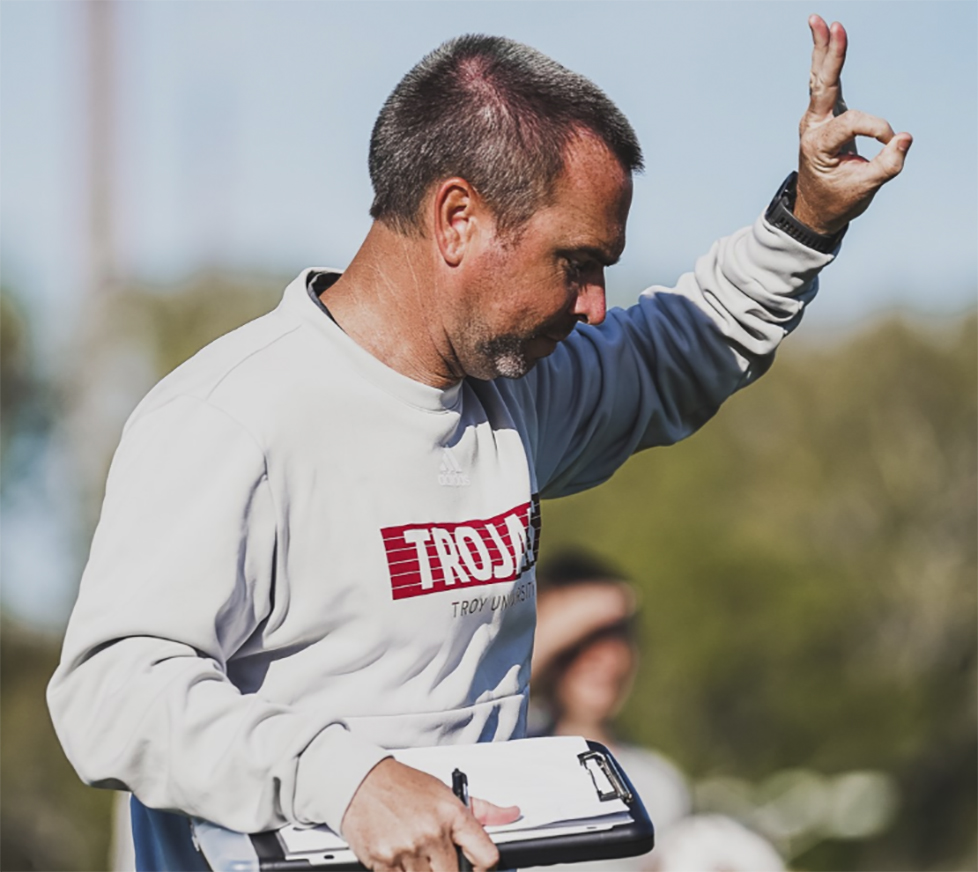 Troy University soccer coach Robert Lane resigned from his position on Monday, Oct. 31, following the completion of his first season at the helm.

According to a release from the university, Lane is stepping away from college soccer “due to family considerations.”

“I want to thank (Troy Chancellor) Dr. Jack Hawkins and (Athletic Director) Brent Jones for the opportunity to coach at Troy University,” Lane said in a statement. “My experience as the head coach has been both rewarding and fulfilling for me professionally.

“The future of the Troy University Athletics Department is bright based on leadership and personnel, and I look forward to seeing the many accomplishments and milestones reached by my colleagues. The Troy soccer program and our players will forever hold a special place in my heart. However, it is time for me to chart a different path outside college athletics as I return home to be with my family. Their support from afar has been incredible, and I look forward to being more present with Neeley and our girls as we turn to whatever life has in store for us.”

Lane’s Trojans completed the 2022 season last week with a loss to James Madison, resulting in the squad missing out on the Sun Belt Conference Tournament. Troy finished with a 3-9-4 record in 2022.

According to the release, the school will immediately begin a national search for Lane’s replacement.