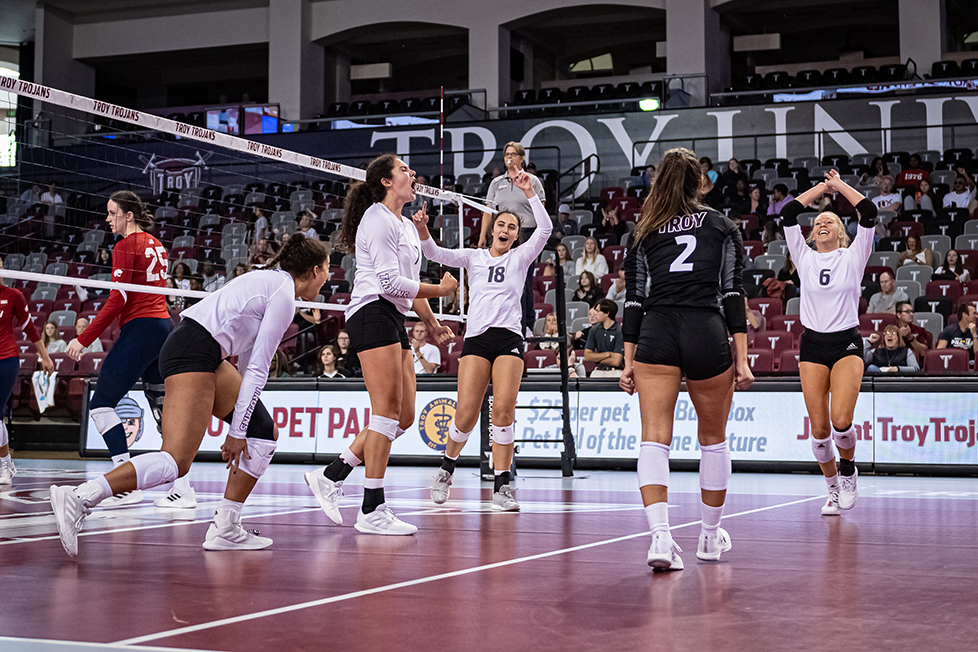 Troy volleyball is having a historic 2022 season. (Photo courtesy of Troy University Athletics)

This weekend the Troy Trojans (16-8, 10-2) volleyball team tied a school record for the most consecutive wins by sweeping the South Alabama Jaguars (14-10, 8-4)in a series on Friday and Saturday.

On Friday, Troy started the weekend off with a 3-2 win over South Alabama, snapping a two-match losing streak to the rival Jaguars. The Trojans took the first two sets 25-15 and 25-16 but the Jags managed to tie the match by taking the next two sets 25-18 and 25-23. In the fifth set, Troy captured the match winning 15-11.

On Saturday, Troy picked up a 3-1 win over South Alabama on Senior Day in the Trojans’ regular season home finale. Troy beat the Jags 25-22 in the first set and 25-21 in the second set. South Alabama managed to win the third set 25-20 but the Trojans closed out the match with a 25-19 win in the fourth set.

“We showed a lot of composure, and I’m super proud of how we competed,” Troy coach Josh Lauer said after Saturday’s win. “Our preparation started early in the week for the emotion of this game with a lot on the line. We talked about being authentically Troy volleyball: we were just ourselves out there, which allowed us to find success this weekend.”

Troy is now tied with Texas State for first place in the Sun Belt West as the Trojans prepare for a road series with the Bobcats next weekend.