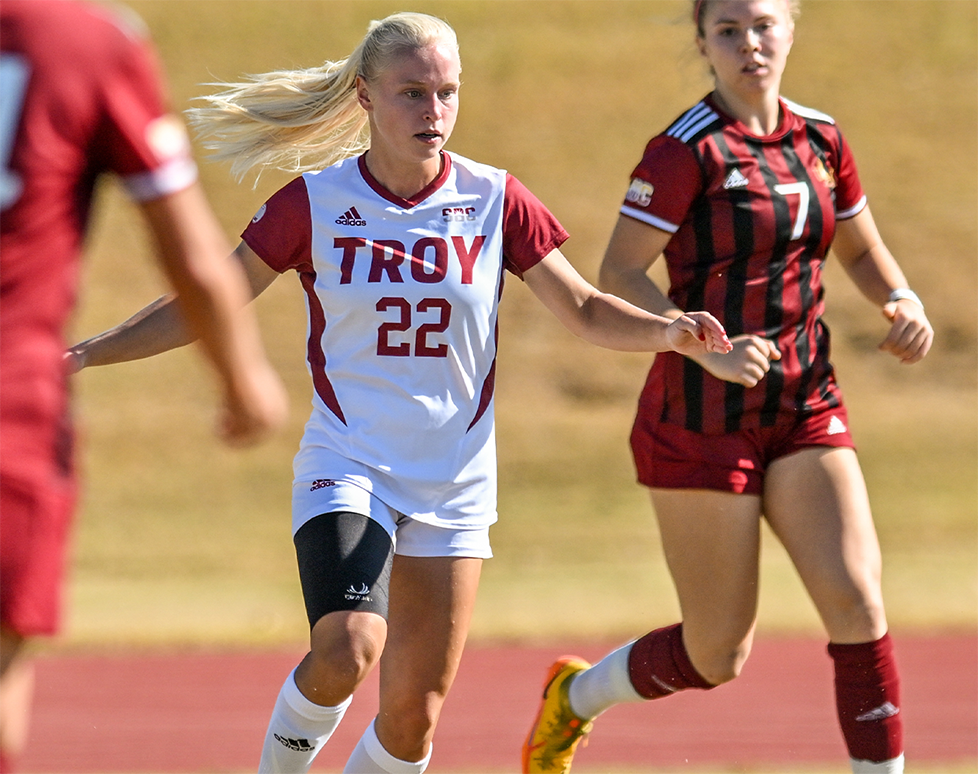 Troy needed a win to earn the final spot in the Sun Belt Tournament but the loss puts a disappointed end to the season with the Trojans finishing in last place of the Sun Belt West Division. Jordan Stack, Ella Owen, Caylah Williams, Erin Bloomfield and Nia Wilson all earned shots on goal for the Trojans but neither of them could manage a goal. Meanwhile, five Dukes earned goals on the night with Amanda Attanasi, Suwaibatu Mohammed, Soleil Flores, Hannah Young and Sammie Sipes each earning a goal. In total, 27 James Madison plays saw action in the season finale.

James Madison unleashed 14 shots at goalie Lindsey LaRoche and she earned three saves on the night along with five goals allowed. James Madison’s Alexandra Blum earned four saves, while Rachel Bump also had one save. Neither allowed a goal.

“Tough way to finish the season tonight,” Troy coach Robert Lane said. “The girls battled and just couldn’t find any full chances to keep us in the match.

“Proud of the effort and growth this group has shown throughout the year. Credit to JMU on a quality performance. Looking forward to seeing this group take some time off, regroup and get back to work as we trust the process laid out for us.”

Stack finished the season with three goals for the Trojans, leading the team, along with one assist. Jayla Gage, Wilson, Ashley Rainho and Bloomfield each had two goals on the season. Halee Bradbury, Owen, Taytum Terrell, Melissa Kuya-Strobel and Williams each had one goal each in 2022. Gabrielle Chartier had a team leading four assists on the season, while Gage had two assists.

LaRoche played every minute at goalie for the Trojans this season and earned 60 saves on the season and had three shutouts. The senior ranked third in the Sun Belt in saves this season.