Special or Bust: Trojans are on the championship hunt 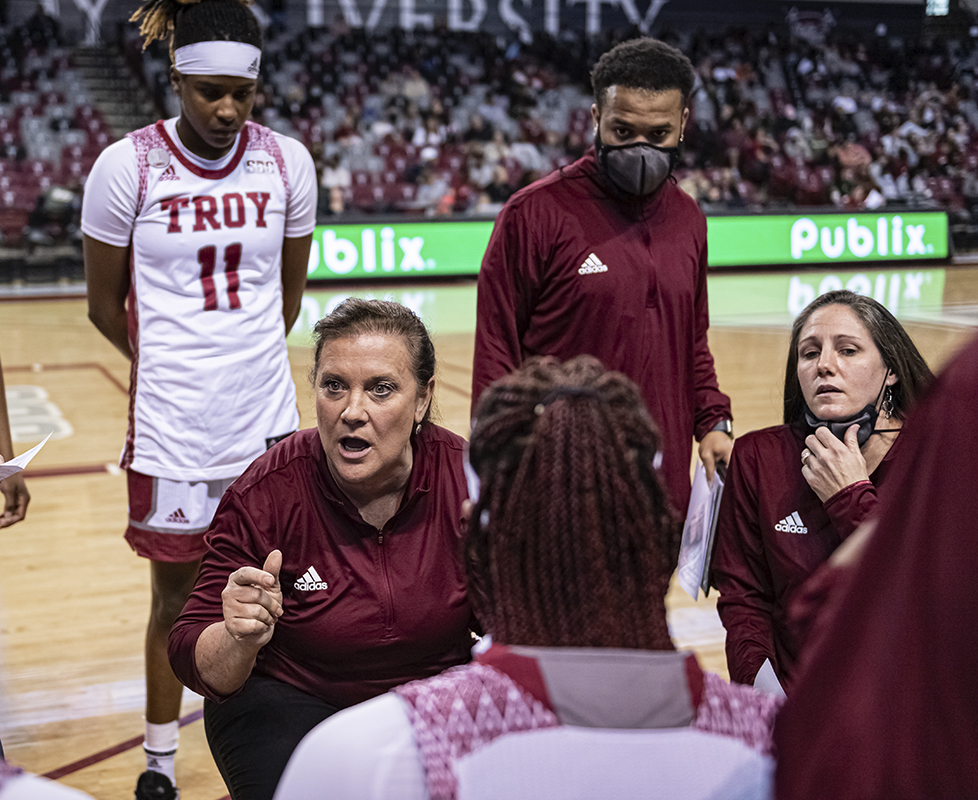 Chanda Rigby and her Trojans have lofty goals for 2022-2023. (Photo courtesy of Troy University Athletics)

Going into the 2022-2023 women’s basketball season, the Troy Trojans have a championship mentality.

The Troy women’s basketball team has won either a regular season or tournament Sun Belt Championship in three consecutive seasons and five of the last seven seasons. While Troy wants to make that four in a row, the Trojans are setting their sights even higher this year.

“Even if you win the Sun Belt, if you don’t take care of business before then you can’t get a good enough seed to be really competitive.”

With the thought of not only being battled tested once the post season arrives, but also in an effort to have a stronger resume at the end of the season, Troy goes into the 2022 portion of its schedule with a brutal road stretch.

Sun Belt Conference play begins at the end of December but before that, Troy will hit the road for seven straight road games, from Nov. 7 through Dec. 1, against a slew of Power 5 and Top 25 teams. During that stretch, the Trojans will play the likes of UCLA, BYU, Washington State, San Francisco, UT-Martin and Arkansas. Troy also has another road game on Dec. 20 against Belmont, who made it to the NCAA Tournament last season. 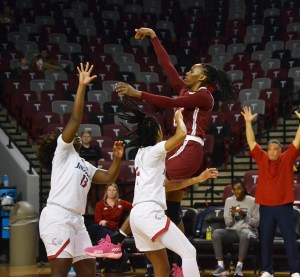 Felmas Koranga (2) is the preseason Sun Belt Player of the Year. (Photo by Josh Boutwell)

“Our hashtag this season is ‘we do the impossible.’ Everything is important in that,” Rigby said.

Rigby said the impossible for Troy during her tenure doesn’t just include a national championship either.

“We’ve never been able to take care of the teams we’re supposed to all year long and we’ve never beaten two power 5s in a year,” Rigby said of some of Troy’s other goals. “We’d get up for the big Mississippi State type games and knock them off and then we’ll come back against a mid-major school and not play well. I’ve never had a team that just took care of business night in and night out against the teams we’re supposed to.

“Usually we’ll pick off (a Power 5) team every other year but we’ve never done it twice in a year and certainly not three times in a year.”

Those goals can help Troy work towards the loftier goal of a national championship, which is where the brutal non-conference schedule comes into play.

“We set our schedule up with Power 5 after Power 5 (school) and Top 25 teams and Top 50 programs,” Rigby continued. “That is not advisable for someone in a mid-major to set up a schedule like this.

“In fact, we just got off the phone with an advisor that the Sun Belt hired to give us advice on our scheduling. He even said it, ‘This is not advisable to go and do this,’ and I said, ‘Yes but it’s either do something special or bust.’ That mentality makes getting it right more urgent.”

Because of that mentality, Rigby’s Trojans are more focused in preseason camp than ever.

“Never at this point in the year have we tracked every single turnover at practice or run after every single turnover like we are,” Rigby said. “We know we can’t go to UCLA and beat them if we turn the ball over 25 times. Maybe we can beat some other teams if we rebound enough and make some shots, but we know we can’t do that against a lot of the teams we’re playing.

Troy comes into 2022 with some returning veterans – like Preseason Sun Belt Player of the Year Felmas Koranga – but with a slew of new faces on the roster, as well. Rigby stressed the importance of her team coming together earlier than most teams are able to, because of the schedule.

“I tell everybody that if we can stay healthy I think we’ll be really good eventually but the question is how soon,” she emphasized. “We have a really short time to get there because of the way we laid out the schedule.

“Going 14 days on the road playing all Top 50 teams can get really ugly with anyone, much less a group of girls that are just coming together, if you don’t get some wins. I know my job and I know that it’s to stay the course, whether we win all of those games on the road or not.” 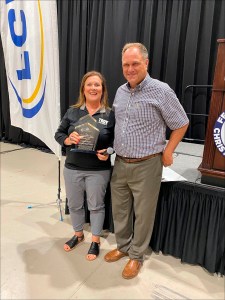 Rigby said that it’s her responsibility to see the big picture of what her team can do and keep them on track to reach those goals.

“If we don’t win it can be very challenging because doubt creeps in. I’m looking at the whole picture, that whole puzzle,” Rigby emphasized. “That whole puzzle put together is us standing at the end of the season with our championship trophies having done things that have never been done here before.

“When you just look at the pieces sitting in front of you, one loss or one team fracture can damage the whole puzzle. That’s my role, to keep seeing that whole puzzle and keep it together. (The team) sees it day-by-day and piece-by-piece with the work they put in at practice and in games, while I have to keep sight of the whole thing. That’s exciting and that’s fun. Nothing is fun about average goals to me. I couldn’t have stayed in this for 30 years that way. What’s fun is trying to do things that have never been done before and what’s really fun is knowing that the players on this roster can do it.”

The Messenger will be featuring more on the returning Trojan players and new faces on the roster going into the start of the season on Nov. 7.