Dorothy was born May 10, 1926 in Maynard, Fayette County, Iowa as the second of five children where her father, Greeley Jon Humbert, worked as a farmer’s hired man while her mother, Alta Mae French Humbert, was a school teacher upon meeting Greeley. In 1932 Dorothy’s then unknown love for flying, airplanes and aviation began when her and her younger brother, Richard, saw their very first airplane, an open cockpit bi-plane barn storming the Midwest, landed in a hayfield on the farm the Humberts lived; both her and brother ran to the plane to get a closer look resulting in them not only touching the bi-plane but the pilot putting young adventuresome Dorothy in the cockpit! That experience at six years helped shape Dorothy’s life along with her future husband’s life forever! The Humbert Family in 1940 then moved to Stanley, Iowa until 1943 and then onto Dunkerton, Black Hawk County, Iowa finally settling there near to her maternal grandparents farm and completing here final year schooling at Dunkerton High School Class of 1943; continuing to pursue her musical interest playing the French Horn in the marching band, while also playing softball and ‘half-court’ girls basketball and during her senior year meeting her future husband, Jack Dean Magee. And Dorothy’s life love affair with music, sports continued! 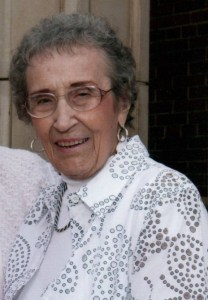 Upon her graduation at just over 17, Dorothy already knew she was destined to follow in the footsteps of her mother and be an elementary school teacher and therefore begins to fulfill her dream of college by enrolling at Upper Iowa University, Fayette, Iowa complete with her wardrobe of three homemade {not store-bought} outfits; while at Upper Iowa, Dorothy was instrumental in convincing the university president to allow them to organize and play on the first collegiate girls basketball team; upon Dorothy receiving a two year Teaching Certificate for elementary education and beginning her long devotion to teaching elementary education.  Young Jack enlisted and entered the U. S. Navy soon after their 1943 graduation and was assigned duty at San Rosa Naval Air Station, Santa Rosa, California; Dorothy then travelled by train to Santa Rosa for the couple to reunite and marry on July 31, 1945 at The Church of One Tree, which still stands!  The following month Dorothy returns to Iowa to fulfill her first one year obligation at Dunkerton to teach 3rd grade which included Jack’s younger sibling! In 1946, Jack is discharged, returns to Dunkerton and with the help of his father-in-law and father, they acquire and fix an old Ford Model “A” as their first car and return to the Eureka, Humboldt/Arcata area {“northern California” as Dorothy would always call it!} both working at a LARGE sawmill milling Redwood lumber and Dorothy continuing her devotion of teaching school. May 1949 their eldest child arrives, Sheryll “Sherry” Jean Magee while relocating to Waterloo, Iowa and enrolling in University of Northern Iowa; both working part time and both graduate, Class of 1951 and 1952, respectively, with their second child, Dennis James “Jim” Magee, arriving September 1953 and leading the young Magee family to relocate to Miami Springs, Florida where they lived until Jack graduated from Embry-Riddle Aviation School and again relocating to Eureka/Arcata where better opportunities existed for Jack’s aspiring commercial aviation career.

June 1954, all of Dorothy and Jack’s hard work comes to fruition with his new hire with Trans World Airlines as a Flight Engineer with his immediate relocation to Kansas City, Missouri for training with young Dorothy in early 1955 driving solo cross-country with two young children and a U-Haul in tow to their new small mobile home! December 1957 their youngest child arrives, Timothy Jon “Tim” Magee and in 1960 the family purchases their first home in North Kansas City.

In 1962, 30 years after seeing her first airplane as a child in rural Iowa, Dorothy reaches another dream as she completes her private pilot training and secures her Private Pilot’s License; all before graduating with an honor’s Master’s Degree in Elementary Education from University of Missouri at Kansas City with the assistance of a Ford Fellowship!  Dorothy taught elementary classes at various schools in the Kansas City area including her fav at Eastwood Elementary.

June 1963 saw the beginning of Dorothy and Jack’s love of travel, adventure, discovering and never leaving a stone unturned in those pursuits and shared in those interests with their children on their first major trip to the Hawaiian Islands; 1971 to Australia; 1974 to Hong Kong, Taipei and Thailand; and Dorothy continuing her travels throughout the 1970’s, 1980’s throughout the 21st Century to the Bahamas, United Kingdom, Denmark, back to Australia and New Zealand multiple times, Peru, Canada and 48 of our own United States!  As a result of her many experiences in Australia she authored six fictional/non-fictional children’s books which are ready for publishing.

In mid-1972, the Magees sell their suburban home and relocate with son Tim to the former grandparents homestead of Dorothy in northeast Iowa until January 1979 when she relocated to Troy where she always cared about people, kids and selflessly volunteered, helped others, provided care for her two local grandsons, Matthew and Michael Magee, did substitute teaching in many local schools; becoming employed in 1980 with then-Troy State University while continuing her love of all music working for by the late, great Bandmaster Dr. John M. Long & ‘The Sound Of the South’ until her retirement in 1987 to assist in the running of the Magee Family rental business; Magee Law Office; and the Shop N Snack Store in Springhill Community until well into her 80’s! Dorothy loved all and anything of Troy {State} University, the Trojans, ‘The Sound’ having attended literally hundreds and hundreds of functions and events from concerts to musicals to live sports of football, Men’s’ & Women’s’ Basketball and baseball; conference tournaments and post-season football bowl appearances.  Her love, affection and compassion for everything university-related continued until her passing and that same affection and compassion will live on forever through her family and all those who knew her!

The Magee Family also extends our deepest and sincerest thank you to the literally dozens of care-givers over the past 15 years who have known and assisted in our mother’s care along with all the compassionate staff of Pike Internal Medicine and Troy Regional Homehealth.

–FOR MORE DETAILS ON THE LONG LIFE & TIMES OF DOROTHY BE SURE TO PICKUP THE “96.4-YEAR TIMELINE OF DOROTHY’S LIFE” AVAILABLE AT VISITATION & CELEBRATION OF LIFE SERVICE—

Online condolences may be made at www.greenhillsfuneralhome.net.  The staff of Green Hills Funeral Home is honored to serve the Magee family.