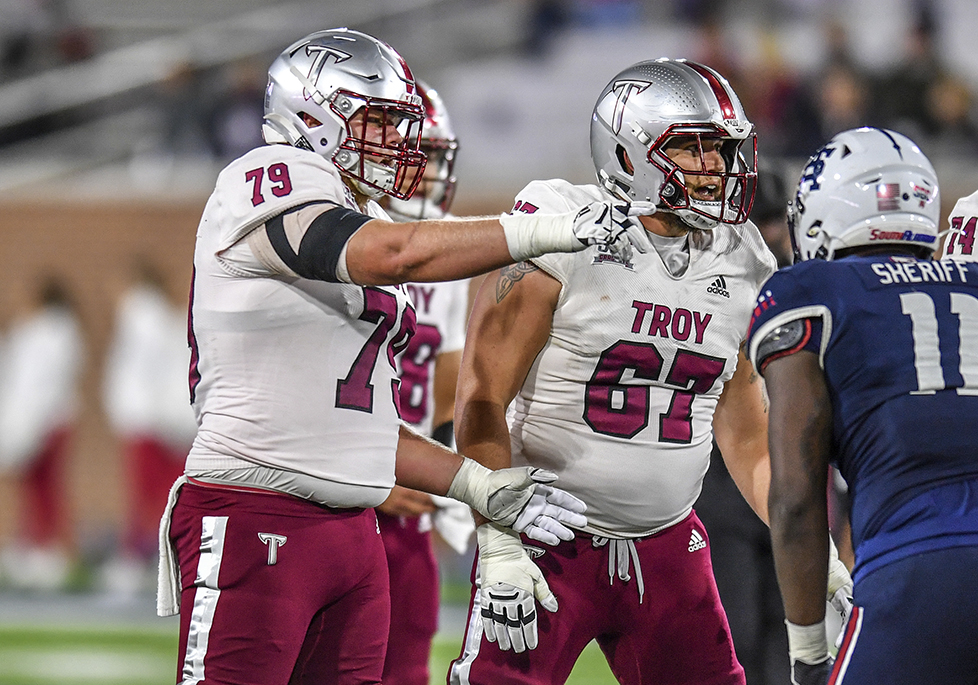 Austin Stidham (79) is a finalist for the Campbell Trophy. (Photo courtesy of Troy University Athletics)

It was announced on Wednesday that Troy University senior football player Austin Stidham has been named as one of 15 finalists for the 2022 William V. Campbell Trophy.

The Campbell Trophy is presented annually by the National Football Foundation and is considered college football’s premier scholar-athlete award. As a finalist, Stidham receives an $18,000 postgraduate scholarship and will be present in Las Vegas for the 64th NFF Annual Awards Dinner on Dec. 6. The winner of the Campbell Trophy will have his postgraduate scholarship increased to $25,000 and will be invited to the Heisman Trophy Dinner Gala and be honored at the CFP National Championship Game.

Stidamn is one of 15 players from across the country selected from a list of 156 semifinalist. Stidham is a two-time CoSIDA Academic-All-American and three-time All-Sun Belt selection. The Russellville native has already earned his Bachelor’s Degree in Biology with a 3.92 GPA.

Stidham made just three Bs in his entire undergraduate career and is one of five Troy student-athletes in the school’s history to earn two CoSIDA Academic All-America honors and would be the second to earn three if he does this season.

Stidham ranked among the top 13 offensive tackles in the Group of Five in 2022, according to ProFootballFocus, and has earned All-Sun Belt honors twice. So far in 2022, Stidham has been flagged just once all year and has allowed just eight quarterback pressures in the past seven games. He’s also allowed no sacks in six of Troy’s eight games this season.