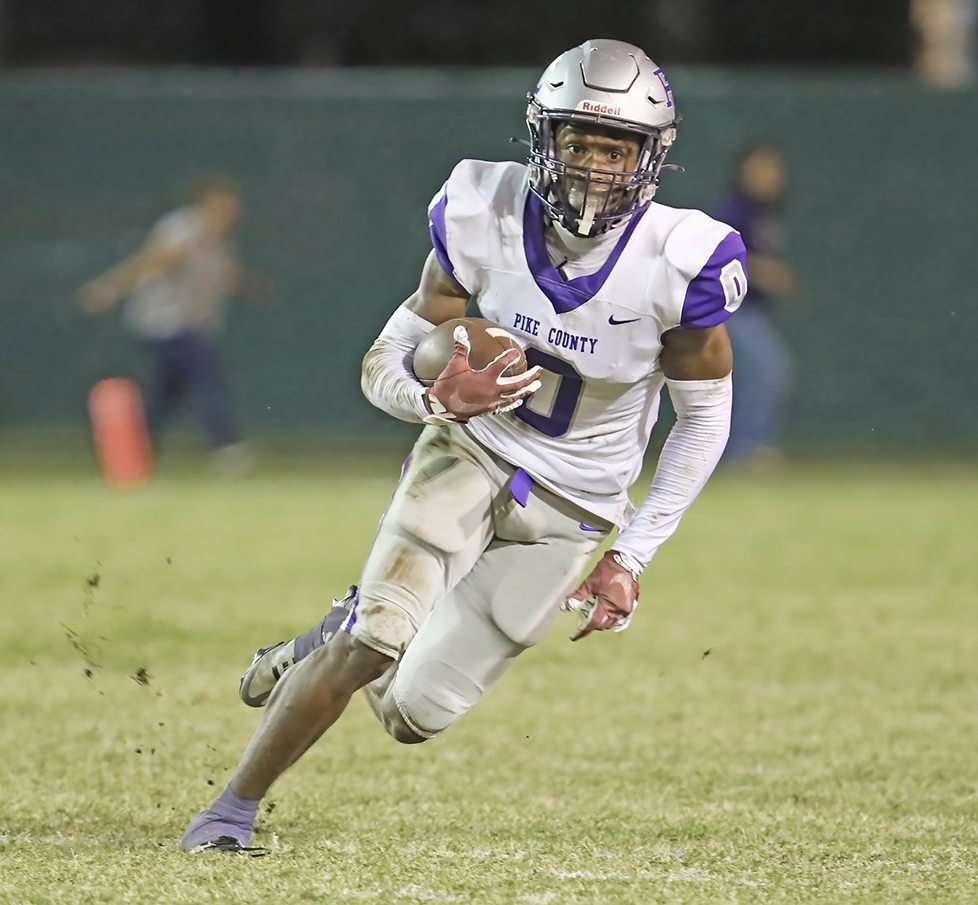 The Pike County Bulldogs (6-2, 5-2) have the playoffs in their sights as the regular season comes to a close this Friday night at home against the No. 4-ranked Houston Academy Raiders (9-0, 7-0) in a Class 3A, Region 2 showdown. 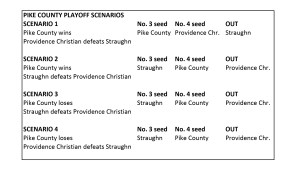 Pike County is coming off its most lopsided win since 2019 with a 63-6 win over Daleville last week. The 63 points is also the first time the Bulldogs have scored 63 points or more since 2017. Pike County’s 63 points last week almost matched the Bulldogs’ entire point total (77) from 2021.

Senior athlete Ian Foster has been a dynamic playmaker all season long but that has never been more on display than it was last week as Foster caught four touchdown passes and earned two interceptions on defense. Foster also returned one of those interceptions for a touchdown.

Meanwhile, there has been no more dominant team in Region 2 than Houston Academy this season. The Raiders are undefeated with resounding 42-7 wins over both Opp and Providence Christian the past two weeks. In fact, Houston Academy has outscored its opponents 136-14 in the past three games.

Houston Academy’s offense is averaging 42 points per game and the Raider defense is giving up just 7 points per game this season. The balanced Raider offensive attack is led by quarterback Kadyn Mitchell, who has thrown for 1,576 yards and 32 touchdowns this season. Running back Jeb Daughtry has also tallied 1,131 yards and 11 touchdowns on the ground. Will Wells has been Mitchell’s favorite target, hauling in 31 catches for 635 yards and 13 touchdowns. Rodwick Jackson also has a nose for the end-zone, having hauled in 12 passes for 247 yards and seven touchdowns in the first eight games.

Through the first eight games, Houston Academy’s defense was led by Camden Dyer with 63 tackles and two tackles-for-loss. George Zeron leads the defense with three interceptions, as well.

This will be just the third time Pike County and Houston Academy will have ever played and the Bulldogs currently hold a 2-0 edge over the Raiders coming into the matchup. Pike County won the last game 50-0 in 2019 and also defeated Houston Academy 39-7 in 2018, as well.

Pike County and Houston Academy will kickoff this Friday night at 7 p.m. at Bulldog Stadium in Brundidge.