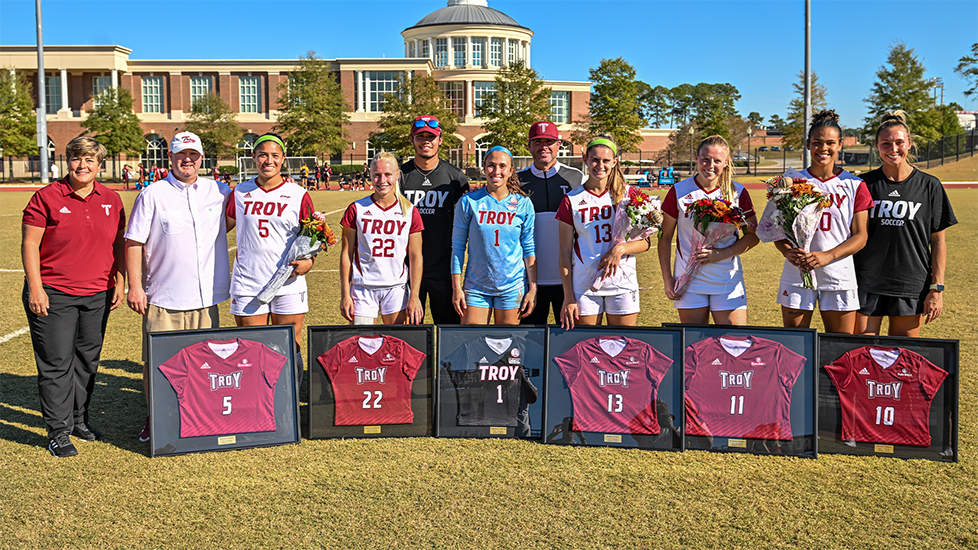 Troy went into halftime trailing ULM 1-0 but just five minutes into the second half, Troy senior Jordan Stack tied the score 1-1 off a dual assist from Halee Brabury and Nia Wilson.

Then, with 69:18 of match time eclipsed, Troy senior Taytum Terrell gave the Trojans a 2-1 lead off an assist from Gabrielle Chartier. Just four minutes later, Ashley Rainho scored her second goal of the season to extend the Trojan lead to 3-1. Rainho’s score came off a Jayla Gage assist.

The Warhawks then bombarded Troy goalie Lindsey LaRoche with five consecutive shots on goal. Finally, ULM scored a goal with 85:41 of game time eclipsed. Less than, two minutes later the Warhawks tied the score. In the final three minutes, Troy unleashed four consecutive shots at the ULM goalie but were unable to find the net again. LaRoche ended the match with three saves at goalie.

The tie, and a Louisiana loss on Sunday, kept Troy’s postseason hopes alive. Troy’s regular season finale against James Madison is now a must-win for the Trojans to make the Sun Belt Tournament.

“We still got something to play for. We’re coming off a good display today,” Troy coach Robert Lane said. “Really unfortunate luck with ULM’s goals, but I’m really proud of how we look going forward.

“We’re going to try and take that into Virginia. This has always been a process, and depending on whether that process ends against James Madison or at Foley, we are going to continue to build something special.”

James Madison is currently the fourth seed in the Sun Belt with a 5-1-3 conference record and is coming off a 1-0 loss to Georgia Southern on Sunday. This will be the first time that Troy and James Madison have ever met on the soccer field.