Patriots look to end 2022 on a high note 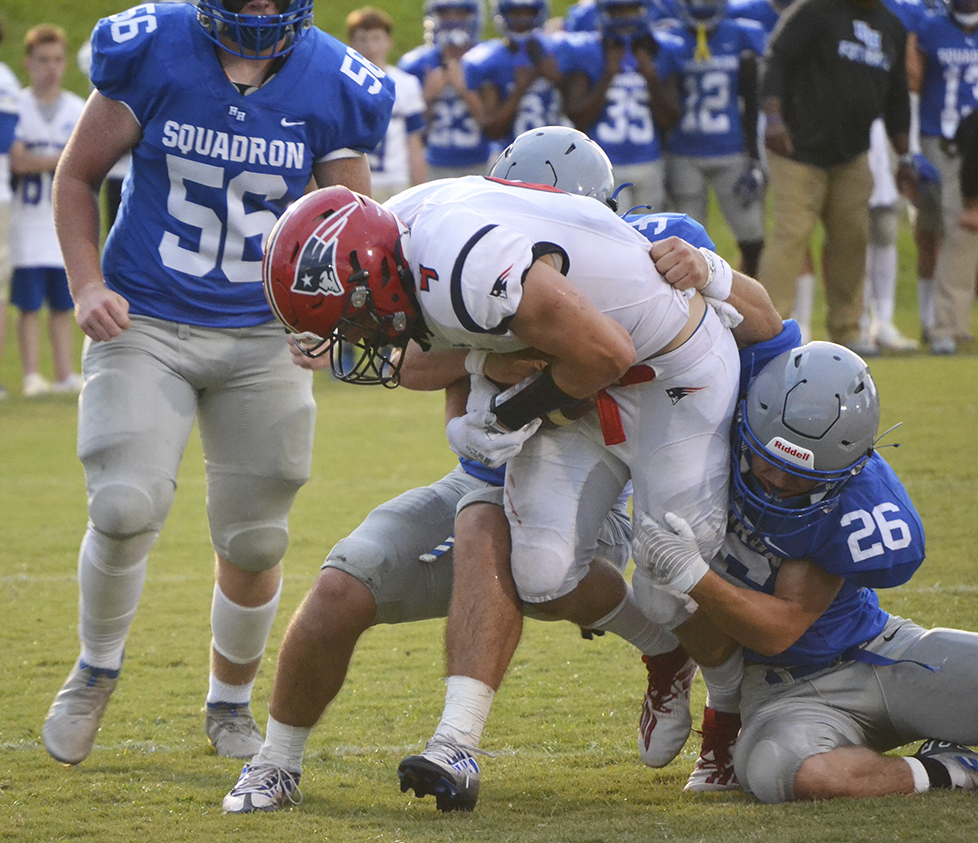 KC Bradford (4) and his fellow Patriot seniors will look to end 2022 on a high note on Thursday. (Photo by Josh Boutwell)

The Pike Liberal Patriots (2-6) will close out year one in the Alabama High School Athletic Association (AHSAA) at home on Thursday night against the Calhoun Tigers (1-8).

A win on Thursday would not only end Pike’s first year on a positive note but it would give the Patriots their second on-field win since joining the public school association and third victory in total – including Mobile Christian’s forfeit earlier this year. A win would also avoid the Patriots winning less than three games in a season for the first time since 2013.

In Pike’s first year in the AHSAA, things have not been ideal for the Patriots from the start. Along with a brutal year one schedule – with games against Class 3A, 4A and 5A schools and long road trips – the Patriots saw a number of starters leave the program before the season and lost their head coach midseason, as well.

Despite it all, when PLAS has been matched up with opponents closer to the Patriots’ size, especially later in the year, the team has faired much better. PLAS dominated Danville on Sept. 30 and almost completed a thrilling comeback against Liberty County (Fla.) on the road on Oct. 14.

Calhoun has struggled mightily this season, earning just one win with eight consecutive losses. In fact, Calhoun has won just three total games since 2014 and has six winless seasons during that stretch.

PLAS and Calhoun will kickoff at 7 p.m. Thursday night at Dewight Ward Field in Troy.