Troy volleyball sweeps their way to series win over ULM 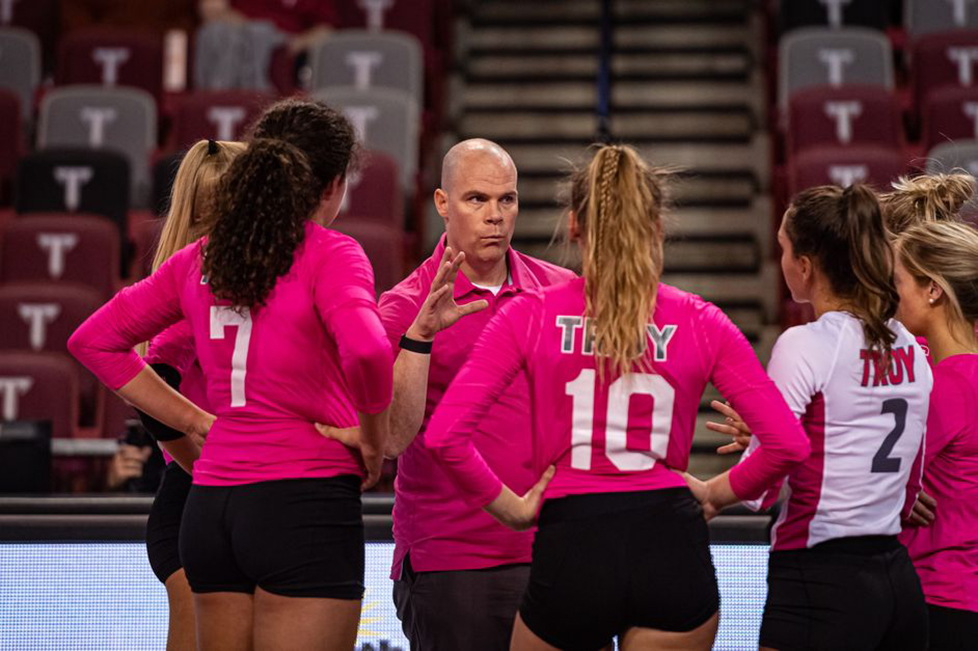 Troy kicked off the weekend with a 3-0 sweep over ULM on Friday, taking all three sets 25-16, 25-18 and 25-21. Tori Hester led the Trojans with 16 kills, 10 digs and one ace, while Julia Brooks totaled seven kills and four blocks. Halston Hillier also tallied seven kills and Amara Anderson dished 39 assists with two blocks and eight digs. Amiah Butler also had 12 kills.

“We were consistent all weekend,” Troy coach Josh Lauer said. “There were outstanding performances all around, both on offense and defense.

“We did an excellent job of moving forward today and not slipping back after a good win Friday night. All that is preparation as we move forward into a big week.”

The two wins this weekend, mark Troy’s sixth and seventh straight wins and the Trojans’ third straight conference series win. Troy now moves into a tie for first place in the Sun Belt West with Texas State and South Alabama.

That three-way tie will not last long, however, as Troy has back-to-back series with both South Alabama and Texas State coming up. Troy will host South Alabama for a series on Oct. 28 and Oct. 29 at Trojan Arena with both games streaming on ESPN+. The following weekend, Troy travels to Texas State on Nov. 4 and Nov. 5, as well.