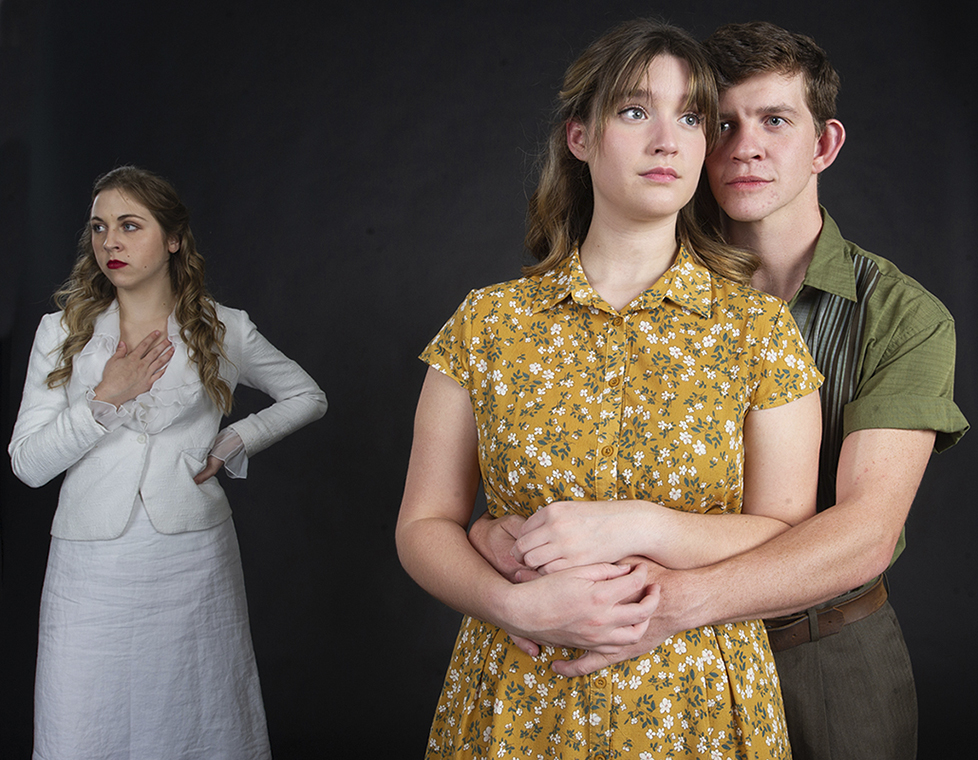 Troy University’s Department of Theatre and Dance faculty and students premiered their first show of the season Thursday night with an American classic, “A Streetcar Named Desire.” The show will run until Oct. 30.

Written by Tennessee Williams, “A Streetcar Named Desire” is set in the French Quarter in New Orleans, La., in the years immediately following World War II. The play opens with Blanche DuBois’ arrival at the humble home of her sister, Stella, and her new husband, Stanley Kowalski. Blanche is appalled at the life Stanley and Stella have created, and her judgments and criticisms make Stanley her enemy. He challenges Blanche’s reputed superiority and becomes determined to put her in her place.

“It’s exciting to start a new season with such an iconic title. It’s a famous play, a famous movie, something we study in literature and history and script-writing classes,” said Tori Lee Averett, Chair of the Department of Theatre and Dance. “The students have worked so hard in rehearsals and getting into these characters and scenes, and the students in the shop have been building the scenery and props alongside the guest designer. Our student promoters are learning how to market and promote for theatre, so just across the board we’ve gotten everyone involved and excited to open the season.”

Blanche DuBois is played by Montgomery native Ellen Fox, a junior theatre major. Fox said she’s been drawn to the work since reading it her freshman year and that she’s always wanted to be part of something this complex.

“This is a story that needs to be told. It shines a light on some of the darkest parts of humanity that we must be aware of in order to change,” she said. “Blanche is quite the character to prepare for. You find out more and more about how complex she is, and why she is the way that she is throughout the course of the play. By taking the information I have learned about her though analyzing the text, I tried to figure out how those things would affect me personally, and how it would have affected me if I were in her position.”

Isaac Black, a sophomore theatre major from Milton, Fla., stars opposite Fox as Stanley Kowalski. Black said he wanted to be a part of this production because of the challenge it poses and the legacy of Tennessee Williams.

“I was searching for something that would really evolve my creative approach. I went into our auditions with the intention to get the role of Stanley, and I was lucky enough to be chosen,” he said. “To prepare for this role, I researched post-war sentiments and male mindsets, as well as research on the battle that Stanley mentions fighting in.”

Maggie Scarbrough, a sophomore theatre major from Thomasville, is serving as the stage manager. In her role, she is responsible for taking attendance and director’s notes, writing down blocking for the actors and sending out information to the cast, crew and production team. She and the management team also set up and take down, or “strike” before and after every rehearsal. During the show, Scarbrough calls all of the lighting and sound cues.

“Having this hands-on experience has helped me have a better understanding of what a stage manager does in the work force and how vital the team behind the scenes is for the whole of the show,” she said. “I also have gained a lot of experience, which I know has shaped me for the better and will serve me going into the future.”

Scarbrough said while parts of the play may be shocking, she hopes viewers will ultimately walk away with more feelings of empathy.

Tickets are $10 for general admission and $5 when purchased with a Troy University student ID. Tickets can be purchased online at www.troy.edu/theatreanddance or at the Trojan Center Box Office by Barnes & Noble Bookstore. TROY student tickets must be purchased in person to receive the discount. For more information, call 334-808-6142 or email theatreanddance@troy.edu.