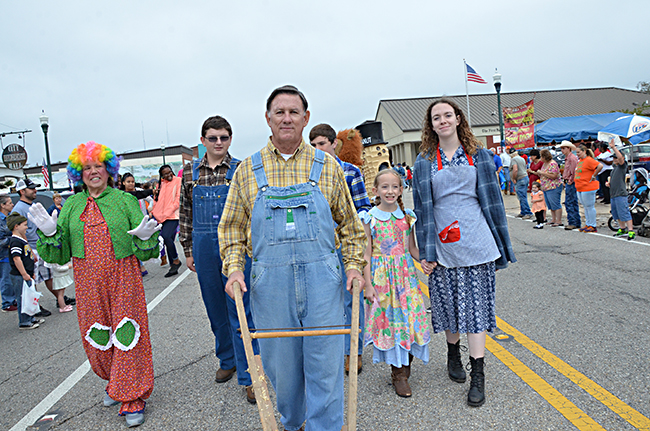 Photo by Jaine Treadwell The Peanut Butter Festival is traditionally held the last Saturday in October, which will be Oct. 29 this year.

The Peanut Butter Festival is traditionally held the last Saturday in October and already downtown Brundidge is peanut stacked and ready for the annual harvest and heritage celebration.

Lawrence Bowden, president of the sponsoring Brundidge Historical Society, said the festival grounds will be filled with old-time demonstrations, games, contests, art and crafts and all kinds of festival foods and peanut butter galore!

The contests will include a hog calling and rooster crowing and the winner will take home the bacon. A virtual peanut butter recipe contest and corn-cob hole contest and other crazy contest will bring fun to the festival.

The mule-drawn cane mill is always a festival favorite and this year, the BHS will have fresh-“squoze” cane juice and old-timey cane syrup for sale.

“Of course, the 5-K Run will get the festival off to a running start at 8 a.m. we’ll have non-stop entertain beginning around 8:30,” Bowden said. “The fun won’t stop until late afternoon.”

“The parade is fun whether you are watching it or one of the ‘nuts’ on parade,” Bowden said. “Those who would like to parade with us are invited and encouraged to do so. It can be something as simple as pulling a wagon or dressing as a clown or a farmer or a cowgirl. It’s just fun to be in the Nutter Butter Parade.

Or you can just come around 12:30 p.m. on Peanut Butter Festival day get in the parade line on Veterans Blvd. and parade with all the other nuts.