All eyes on the Battle for the Belt 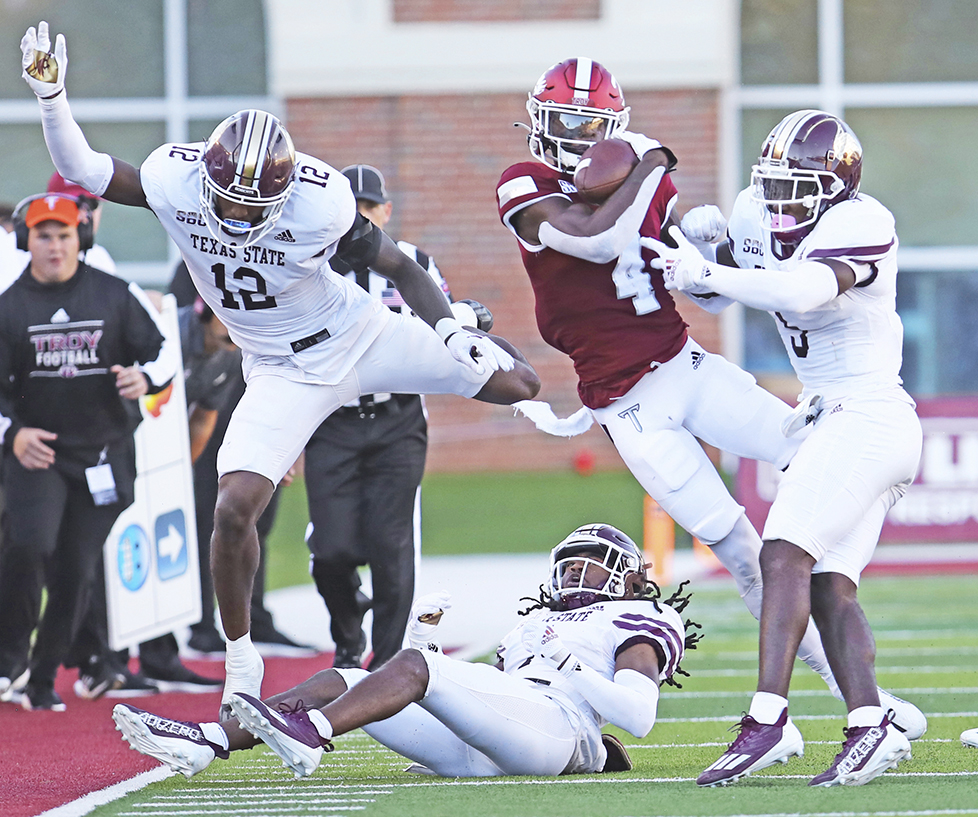 A game that is always an intense one between the two schools is that much bigger this season as Troy and South Alabama vie for the No. 1 spot in the Sun Belt Conference West Division. The Trojans are trying to not to let the moment get to them.

“There are a lot of things around the game,” Troy coach Jon Sumrall said. “The ‘Battle for the Belt,’ a rivalry game, conference implications, we’re both one win away from bowl eligibility and it’s on national TV.

“But, if you get caught up in all the stuff in the periphery that really has no effect on how you play the game, you can get distracted.”

South Alabama is coming into this week with just one loss on it’s schedule, a 1-point defeat at the hands of No. 9-ranked UCLA earlier this season, with the Jaguars currently on a three-game winning streak. Similarly, Troy is on a three-game win streak, as well.

Troy defeated Texas State 17-14 last week, while South Alabama is coming off a 41-34 win over ULM a week ago.

The big difference makers on South Alabama’s offense this season have been running back La’Damian Webb and quarterback Carter Bradley. Bradley, a Tulsa transfer, is third in passing in the conference with 1,694 yards and 13 touchdowns. Webb, a Wetumpka native and Jones College transfer, has also rushed for 470 yards and six touchdowns this season. South Alabama receivers Caulin Lacy (35 catches, 503 yards, 3 TD) and Jalen Wayne (31 catches, 491 yards, 5 TD) both rank in the Top 5 in receiving in the Sun Belt, as well.

On offense, Troy is coming into the game with two quarterbacks that have both gotten the job done for the Trojans in Jarret Doege and Gunnar Watson. Doege has one start at Troy under his belt but has come off the bench – following Watson injuries – twice this season and closed out wins for Troy. Earlier this week Sumrall was mum on who he would start against South Alabama and the Trojans may wait all the way up until game time to reveal who gets the nod.