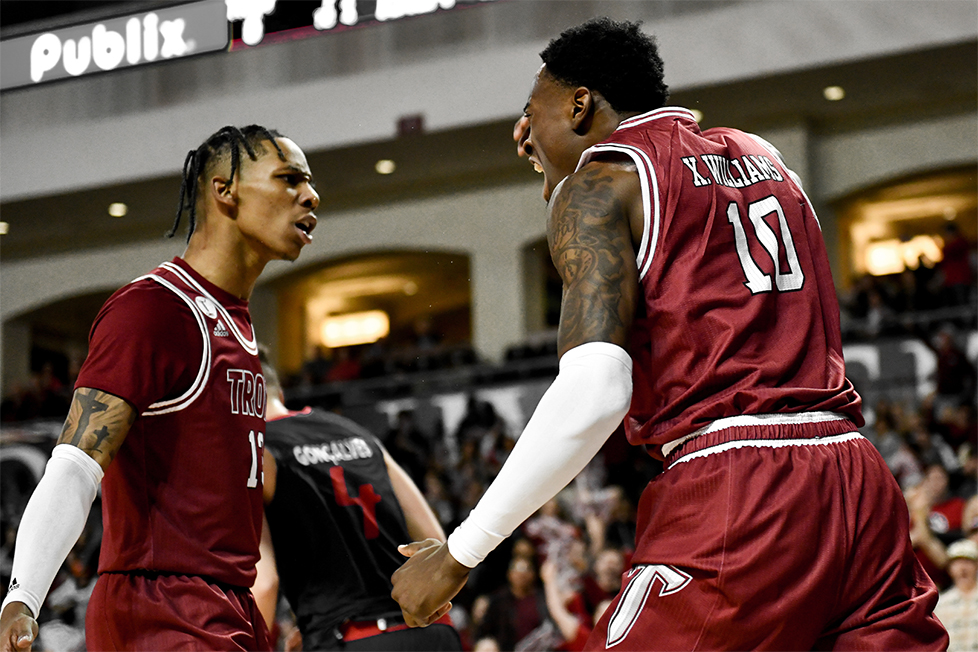 Williams is coming off a 2021-2022 season in which he averaged 7.8 points, 6.5 rebounds and one assist per game. The 6-foot-9-inch forward led Troy in three-point shooting, as well, knocking down 41.5 percent of his attempts. Williams goes into the 2022-2023 season ranked fifth all time in rebounds and seventh in blocked shots, and was named Preseason Third-Team All-Sun Belt.

The Trojans jumpstart the 22-23 season on Nov. 7 at home against Montevallo at 7 p.m. and will play against schools like Arkansas, San Diego State and Florida State in the first month of the season.