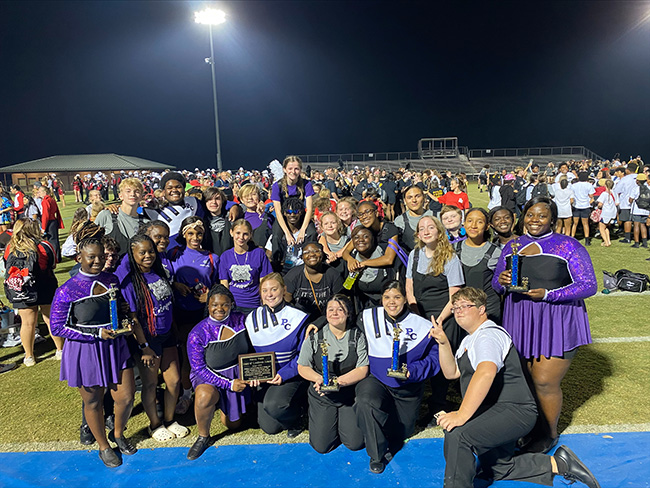 “When the band took the field, they were performing, not only in front of a very large crowd of their peers, but also in front of a panel of six judges,” Chance said. “The band was judged in musical performance, marching technique and drill formation execution. The drum major, color guard, and drum line were also individually judged on how well they performed.”

Chance said when it was time for the awards ceremony, all Pride of Pike band members were waiting with anticipation, to see if all their hard work had paid off.

“They definitely represented Pike County High School, the Pike County Schools Board of Education, and the community of Brundidge well,” Chance said. “They walked away with straight Superior ratings in Band, Guard, Drum Line and Drum Major.

The Pride of Pike Marching Band was also awarded the Ronny Walsh Model of Excellence Award, which was awarded to the band that showed the most discipline, pride, and respect throughout the day.

“That is what band is all about,” Chance said. “Band is more than music. Pike County can be proud of those band members, of the Pride of Pike.”