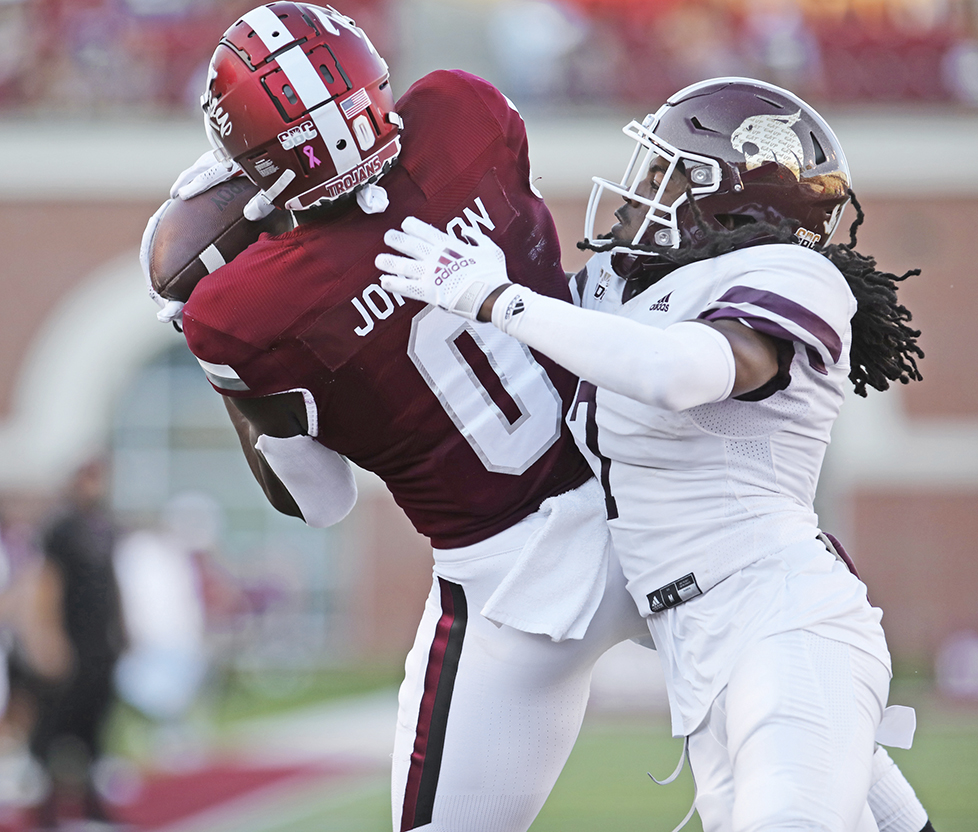 While quarterback Gunnar Watson and receiver Tez Johnson both left the game with a minor injury on Saturday, Sumrall said that Watson and Johnson are healthy and will be available to play against South Alabama on Thursday night.

Additionally, tight end Duyunkrea Lewis (leg) and Caleb Ransaw (head/neck) are both questionable for Thursday’s game. Sumrall said that Ransaw looked good in practice on Sunday and that Lewis is closer to being cleared to play than he’s been in weeks.

Troy will have a short week of preparation this week ahead of Thursday’s nationally televised rivalry game with South Alabama on Thursday. The game will air live on ESPNU.