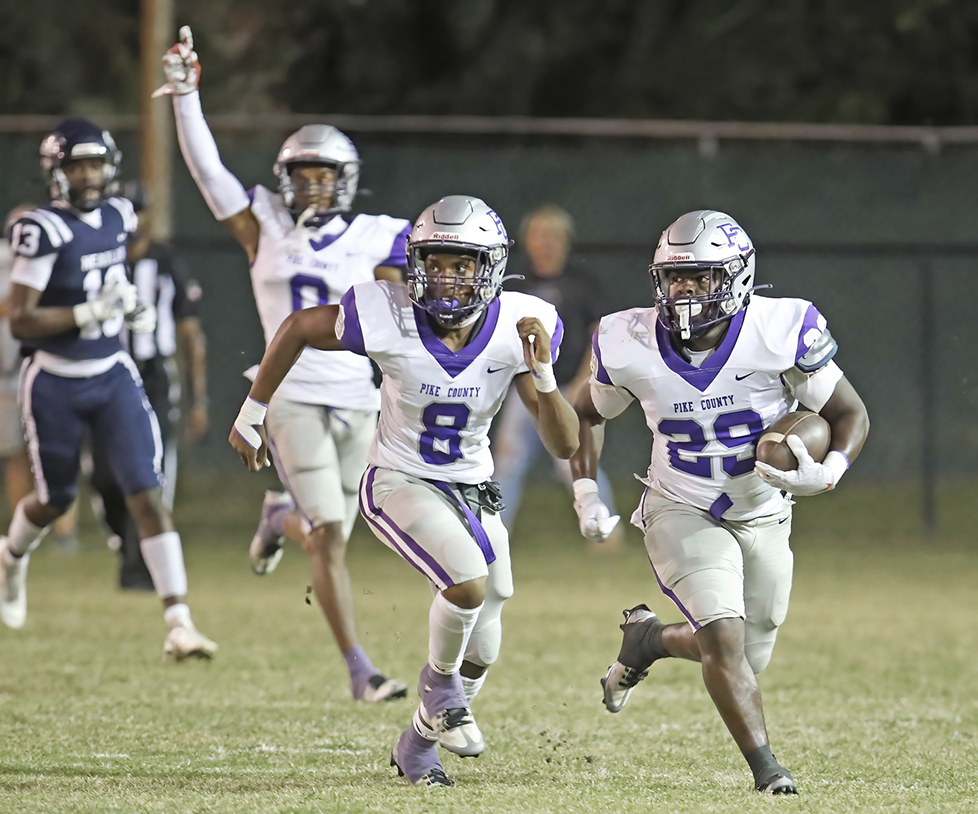 While the majority of playoff spots in Class 3A have been claimed in most regions, all four spots are still up for grabs in Region 2. By the time Saturday morning rolls around, that will have likely changed. Daleville, New Brockton and Northside Methodist have all been eliminated from playoff contention, but Houston Academy, Opp, Straughn, Pike County, Providence Christian and Ashford are vying for the four playoff spots.

Houston Academy is currently sitting in first place (6-0), while Opp and Straughn are tied in second place. Pike County (4-2) and Providence Christian (4-2) are tied for the final spot but the Bulldogs hold a tiebreaker over Providence Christian. Ashford (2-4) also has an outside shot at making the playoffs.

Because of all of the potential scenarios that exist in the playoff race, every game counts from here forward. Pike County has Daleville this week and first place Houston Academy next week.

Daleville has historically been one of the top programs in the state, having captured state championships and state runners-up in Class 4A and was a perennial playoff team in Class 3A from 2008 until 2019. In 2020 and 2021, though, the Warhawks won a total of just one game combined.

This season has been much different, however, as the Warawks have won three games already with wins over Barbour County, New Brockton and Northside Methodist. Last week, the Warhawks lost to Providence-Christian 37-18.

Pike County is coming off a much-needed bye week last week after defeating Providence Christian 21-7 the prior week. Pike County running back Nemo Williams had a banner night against Providence, tallying 174 yards rushing with fellow running back Zay Carlisle out with an ankle injury. Quarterback Omari Barrow also threw for 132 yards and two touchdowns, while Ian Foster hauled in three passes for 58 yards and a touchdown. Foster also returned one of his two interceptions for a touchdown, as well.

The series between Pike County and Daleville dates back to 1969 with the Bulldogs holding a 16-11 edge over the Warhawks during that span. The two sides have also met three times in the playoffs, including the 1993 State Semifinals. In fact, in 1993 the two sides met in a region game in the regular season, with Pike County coming out on top 20-10, before rematching in the semifinals with Daleville taking that game 14-6. Daleville would go on to lose in the state championship.

Pike County and Daleville will kickoff at 7 p.m. on Friday night at Warhawk Stadium in Daleville.