Charles Henderson to close out the season on the road 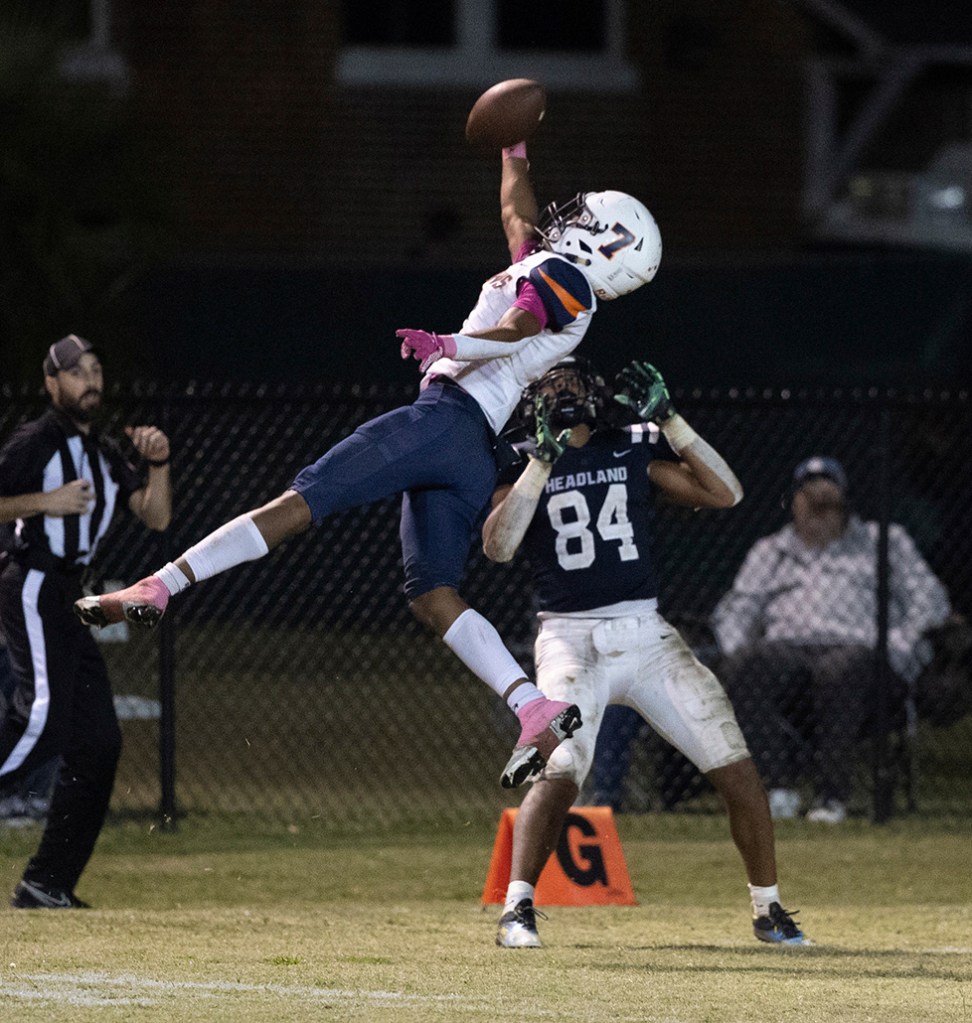 The Charles Henderson Trojans (7-1) wrap up the 2022 regular season this week on the road with a non-region game with the Selma Saints (7-2).

Charles Henderson is coming off a dominant 31-13 win over Headland in a game that frustrated the Trojans with a number of big plays and touchdowns called back by some questionable penalties throughout the night. Meanwhile, Selma thrashed Jemison 40-17 to capture the No. 2 seed in Class 5A, Region 3.

The Tigers boast one of the top athletes in the state this season in senior Dakaari Nelson. Nelson, a 6-foot-3-inch, 200-pound receiver and safety, has committed to play college football at Penn State. The four-star prospect holds offers from all over the country from schools like Arkansas, Auburn, Clemson, Florida State, Mississippi State, Ole Miss, Nebraska, Oklahoma, Oregon, Tennessee and dozens more. Nelson has been a playmaker on both sides of the ball this season for Selma, earning 172 yards and three touchdowns rushing along with nine catches for 88 yards and a touchdown receiving on the offensive side. On defense, Nelson has tallied 57 tackles and six interceptions with two pick-sixes.

Selma’s unique offense, which Charles Henderson coach Quinn Hambrite described as “multiple,” moves between various formations from pure “spread” to “Power I” to even a form of the “single wing” with various motions and personnel sets.

“Athleticism, a lot of athleticism,” Hambrite said when asked what he’s seen from Selma on film. “This is probably one of the most athletic teams we have on our schedule. There will be some really good matchups out there this Friday, for sure.”

The Saint offense is led by quarterback/running backs Marcus Walton and Roderick Ward. Ward has completed 29-of-66 pass attempts this season for 441 yards, a touchdown and three interceptions, while also rushing for 516 yards and five touchdowns on 101 carries. Walton has rushed for 682 yards and nine touchdowns on 100 carries, while also completing 21-of-40 passes for 241 yards and an interception. Freshman Omari Smith leads the Selma receivers with 18 catches for 275 yards and a touchdown.

Charles Henderson comes into this week with quarterback Parker Adams leading the balanced Trojan offense with 1,544 yards, 17 touchdowns and five interceptions on 98-of-163 passing. Zach Coleman has also rushed for 492 yards and seven touchdowns, while sophomore Antonio Frazier has come into his own in recent weeks. Frazier has tallied 422 yards and two touchdowns on 75 carries.

While Jy’won Boyd has been one of the best playmakers in the entire state this season, as teams attempt to game plan to stop him, it’s given senior Stephan Mosely more opportunities to make plays and he’s cashed in those . Mosely has 23 catches on the season for 463 yards and four touchdowns with his 20 yards per catch leading the Trojans. Boyd also has 37 catches for 656 yards and 10 touchdowns along with 211 yards and a touchdown on 30 carries. Boyd also has a punt return touchdown this season.

This week’s game might very well be a preview of a future rematch, in the playoffs. Charles Henderson, as Region 2 Champions, will play either Vigor or Williamson in the first round of the state playoffs on Nov. 4, while Selma plays Tallassee. The winner of those first round games will meet on Nov. 11 in the second round. Hambrite and his Trojans are focusing solely on this week, however.

“My biggest thing right now is just focusing on what we have to accomplish at the moment,” Hambrite emphasized. “That’s not the first round (of the playoffs) or the second round, we have to beat Selma right now.

“That’s the task at hand and the task we’re focused on. There’s a possibility that we way play them again but there’s also a possibility we match up with someone else in our own region again, too. We try not to look too far ahead in that realm. They’re athletic and they’re physical across the board, and we’re focused on being prepared for that.”

Despite both football programs having rich history in the state, with Selma’s football program dating back to 1907 and Charles Henderson’s dating back to 1922, this will be the first time the two sides have met on the football field. Selma has had brief stints in Class 5A over the past 20 years, but the Saints have spent the majority of their time in Class 6A. This is Selma’s third consecutive year in Class 5A and are enjoying one of the school’s best seasons ever.

Selma and Charles Henderson will kickoff at 7 p.m. on Friday night at Memorial Stadium in Selma.