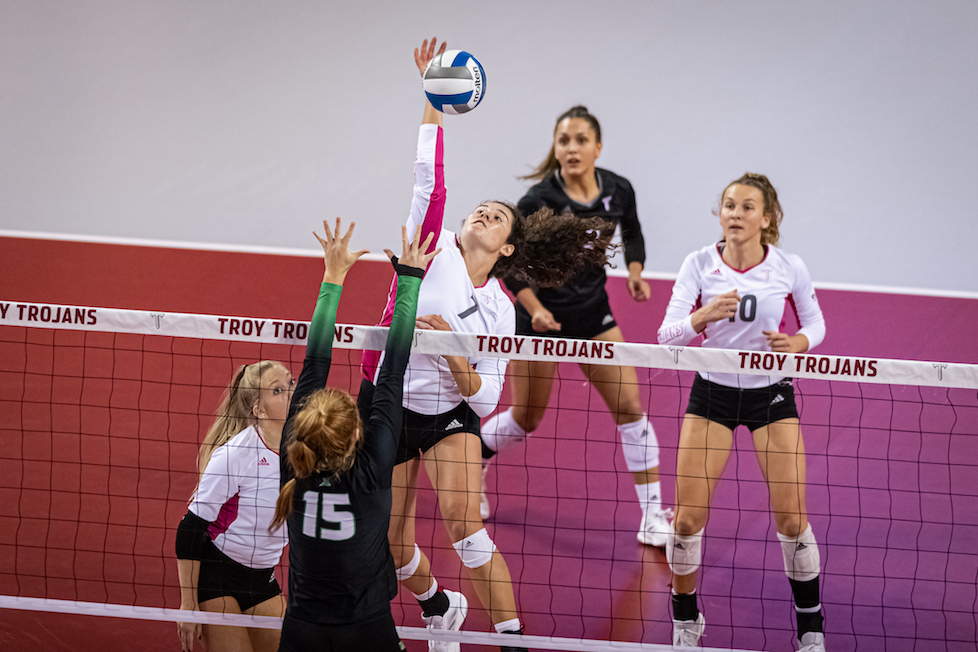 The Troy Trojans (12-8, 6-2) volleyball team followed up Friday’s Sun Belt Conference win over the Arkansas State Red Wolves with a 3-0 sweep on Saturday.

The win marks Troy’s second consecutive series win this season and sixth straight match win. The Trojans picked up the sweep, dominating all three sets 25-19, 25-19 and 25-21.

Troy is back at home next Friday, Oct. 21, against ULM at 6 p.m. followed by a second match with ULM on Saturday at 1 p.m.