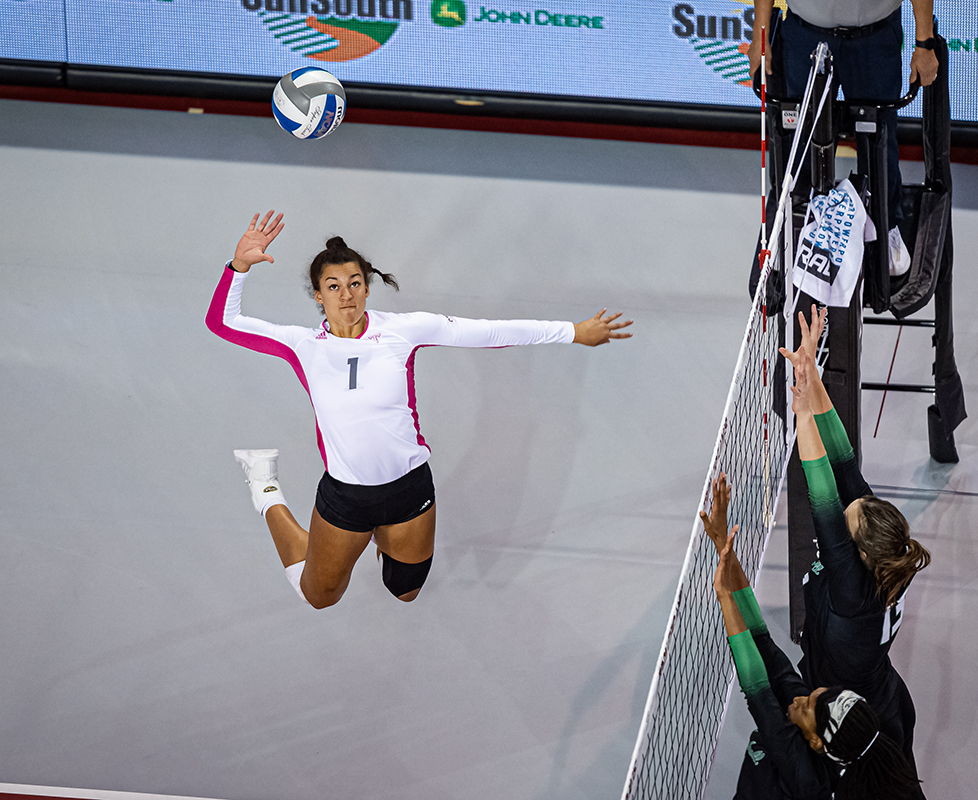 Troy won the first two sets 25-20 and 25-23 but Arkansas State rebounded to take the third set 26-28. Arkansas State took a 23-20 lead in the fourth set only for Julia Brooks and Amiah Butler to guide Troy to a 25-23 win to take the set with three consecutive kills followed by a pair of Red Wolves errors.

“We really overcame some adversity tonight and showed a lot of resilience,” Troy coach Josh Lauer said. “Our play late in sets was the difference for us, and some very clutch serving by Tori (Hester) and Jaci (Mesa).

“Tori and Amiah carried a big offensive load and made plays when we needed them. They both showed a lot of grit. Julia was our heartbeat tonight, and the team fed off her energy all night long.”

Butler earned a career-high 20 kills in the win, while Brooks added 17 kills and six blocks. Just a week after surpassing 1,000 career kills, Brooks is now just two blocks away from becoming Troy’s all-time block leader in her career, as well.

Troy and Arkansas State play again this afternoon at 1 p.m.