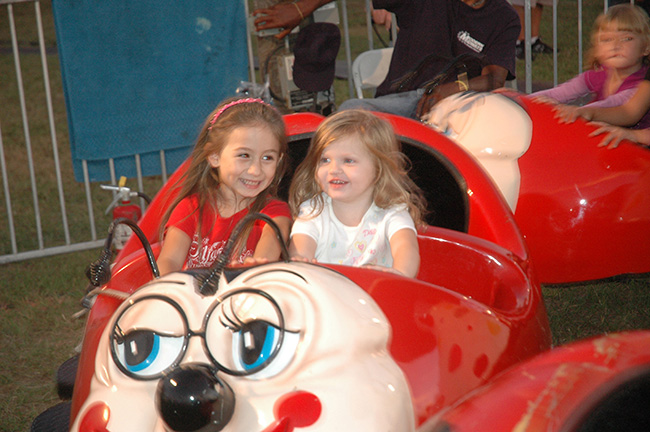 The nip in the air let’s us know that the Pike County fair is just around the corner.

Admission to the Pike County Fair is $10 for adults and $5 for children ages 6-11. Ages 5 and under are admitted free.

“We have a really great ticket deal for families on Tuesday and Thursday nights that offer unlimited rides for $15,” Sneed said.

The unlimited ride price is $20 other nights.

“We have a great midway that will feature more and different rides for children and exciting and thrilling rides for those who like excitement,” Sneed said. “The midway will also feature games and carnival foods.

The exhibition hall will feature booths from local businesses, community organizations and displays of everything from petunias to pickled peaches to pork skins.

The lineup of entertainment is worth the price of admission, Sneed said. The entertainment will get off to a fast start on Tuesday night with Pastor Valentine and her Praise Teams. On Wednesday night, Lenny Trawick, singer and musician, and his band will be the featured entertainment.

Morgan and Weston Brown will be featured on Thursday night. Jerome Jackson and Patsy Jackson will be showcased Friday in the “Elvis and Patsy Cline Show” and Rylee Austin will be the featured performer on Saturday night.

“There will be something fun and entertaining every night at the Troy Shrine Club’s 2022 Pike County Fair,” Sneed said. “Don’t miss it!”