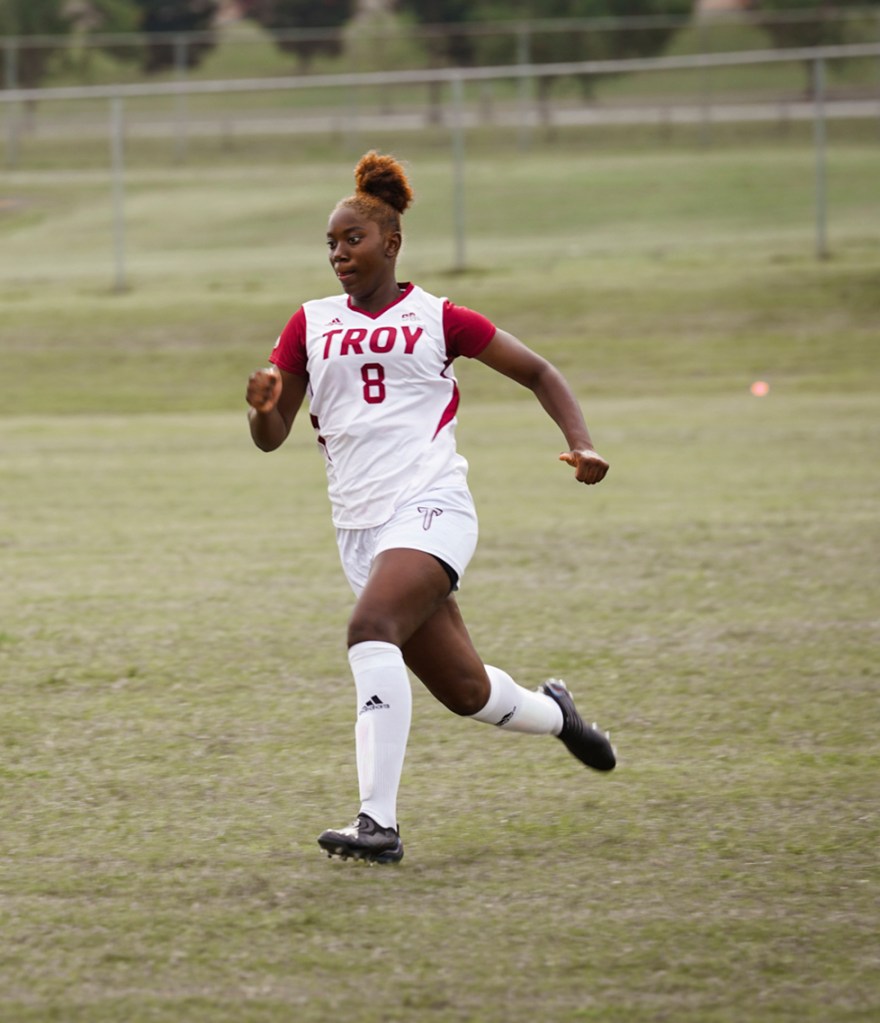 The Troy Trojans’ weekend of competition with the Southern Miss Golden Eagles came to a close on Sunday night with a 1-1 tie in a home soccer match.

Over the weekend, Troy went 3-0-1 against Southern Miss with the football team picking up a win on Saturday and the volleyball team sweeping Southern Miss in two matches on Thursday and Friday. The soccer team, however, slugged it out for its third tie of the season and second Sun Belt Conference tie.

The Golden Eagles (1-7-3, 1-3-2) jumped out to a 1-0 lead just four minutes into the contest when Blessing Kingsley scored her first goal of the season just 4:17 into the match. The Trojans would hold Southern Miss scoreless for the next 85:43 of match time.

Southern Miss took that lead into the second half but the Trojans (3-6-3, 1-3-2) tied the score 1-1 early in the second half. With 47:46 of time eclipsed in the match, Troy’s Caylah Williams scored her first career goal off an assist from Jayla Gage.

“It was the tale of two halves for us. I thought Southern Miss asked a lot of questions of us in the first half and challenged our shape,” Troy coach Robert Lane said. “We made some adjustments at halftime, and the ladies gave themselves a chance to get a result. (I’m) proud of the fight to the finish, but we’ve got to make sure we find a way to start matches on the (right) foot.”