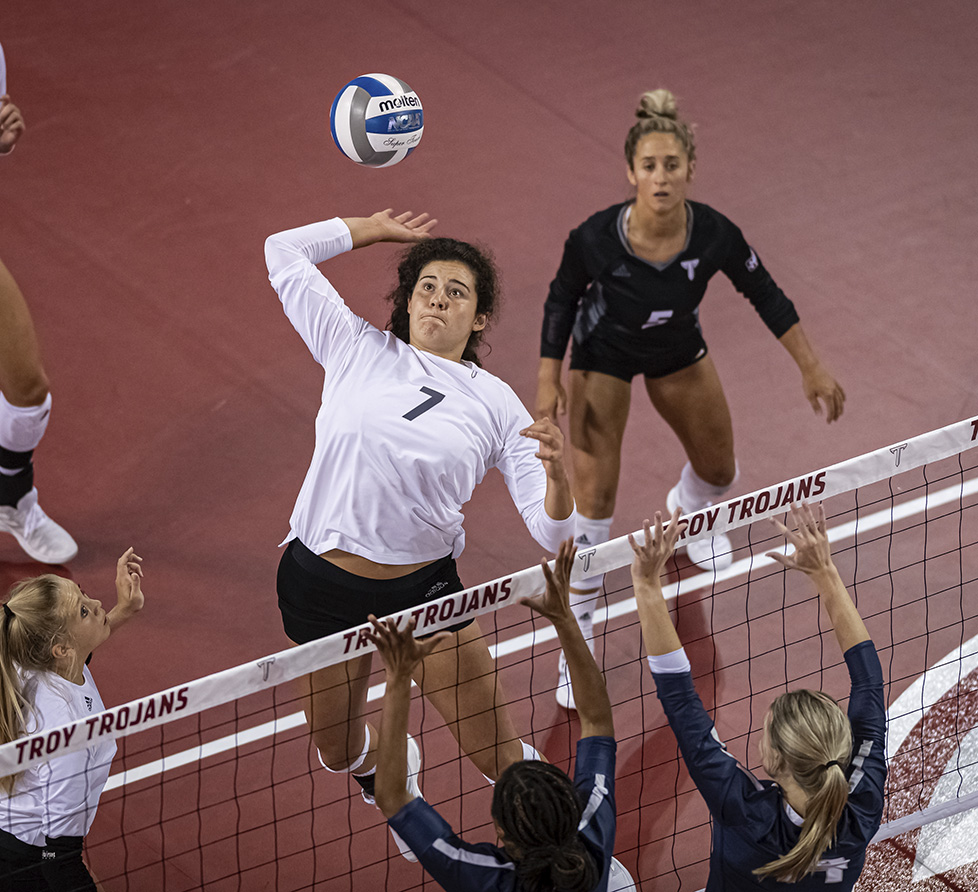 “I thought we came out really focused,” Troy coach Josh Lauer said. “We were on top of our offense execution and solid all-around defensively. Marshall is a competitive team that put us on our heels in set three, but we stabilized ourselves and made some adjustments, and really bounced back in set four to gain the victory.”

Junior Julia Brooks led the way for the Trojans with a season-high 18 kills along with two blocks on the night. She’s now just 12 kills shy of breaking the 1,000-kill mark in her career. Brooks would become just the 11th player in Troy history to exceed 1,000 career kills. Cheyenne Hayes, who graduated last year, holds the Troy record of 1,666 career kills.

Amiah Butler also totaled 17 kills and a block, while Tori Hester tallied 16 kills, four aces, 14 digs and one block. It was Hester’s seventh double-double of the season.

Marshall was led by Lydia Montague with 12 kills and Katilyn Gehler with 14 digs.

Troy and Marshall will rematch tonight at 6 p.m. in Trojan Arena.