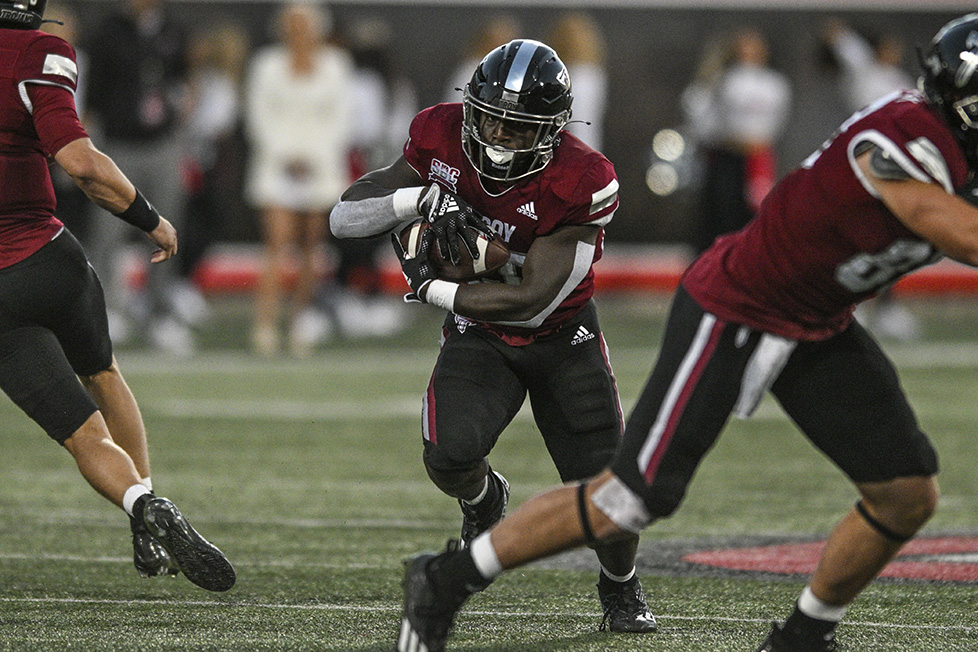 Troy is coming off a 34-27 road win over Western Kentucky, while Southern Miss upset previously undefeated Tulane by a score of 27-24. This will be Southern Miss’ debut conference game, however.

Troy starting quarterback Gunnar Watson left the WKU game with an injury and Jarret Doege led Troy to a win. Troy coach Jon Sumrall said that Watson would be “questionable but probable” for the Southern Miss game but has not given any hints as to whether he is planning to start Watson or Doege this week.

Southern Miss comes into this game in a very similar position as the Troy program. Thee Golden Eagles have fallen on tough times in recent years, winning just three games in each of the last two seasons. Southern Miss has almost matched last year’s win total in just four games this season.

Southern Miss sophomore running back Frank Gore Jr. is currently ranked fifth in the conference in rushing, with 314 yards and three touchdowns. He’s the son of legendary Miami player Frank Gore, who played for 15 years in the NFL for the San Francisco 49ers, Indianapolis Colts, Miami Dolphins, Buffalo Bills and New York Jets. The senior Gore rushed for 16,000 career yards and 81 touchdowns during his NFL career and eclipsed 1,000 yards rushing on nine different times during that span.

Frank Gore Jr. rushed for 708 yards and two touchdowns as a freshman in 2020 and tallied 801 yards and five touchdowns last season. He’s on pace to shatter those numbers in 2022.

Watson isn’t the only player coming into the game banged up for the Trojans as Troy’s team could be considered the “walking wounded.” A number of players either missed last week’s game or left the game due to injury. Linebacker Jayden McDonald, tight end Deyunkrea Lewis and defensive tackle Luis Medina are all doubtful for this week, while cornerback Caleb Ransaw will also miss the game due to a head/neck injury suffered against WKU. Linebacker KJ Robertson, who re-aggravated an ankle injury against WKU, is expected to play against Southern Miss along with defensive tackle Will Choloh, who suffered an injury against WKU.

The series between Troy and Southern Miss dates all the way back to 1935, with Southern Miss holding an 8-3 edge over Troy all-time.

The two sides met six times from 1935 through 1940. The Trojans and Golden Eagles played in Hattiesburg, Miss. for five of those games and just once in Troy. Troy won the first game in 1935 but Southern Miss won the next five, shutting the Trojans out in four of the five games. During that span, Southern Miss outscored Troy 172-6.

This time, though, it was in the 2008 New Orleans Bowl in which the Golden Eagles managed to come away with a 30-27 overtime win.

Troy and Southern Miss will now met for the first time as conference foes this Saturday at 6 p.m. at Veterans Memorial Stadium. The game will stream live on ESPN+.