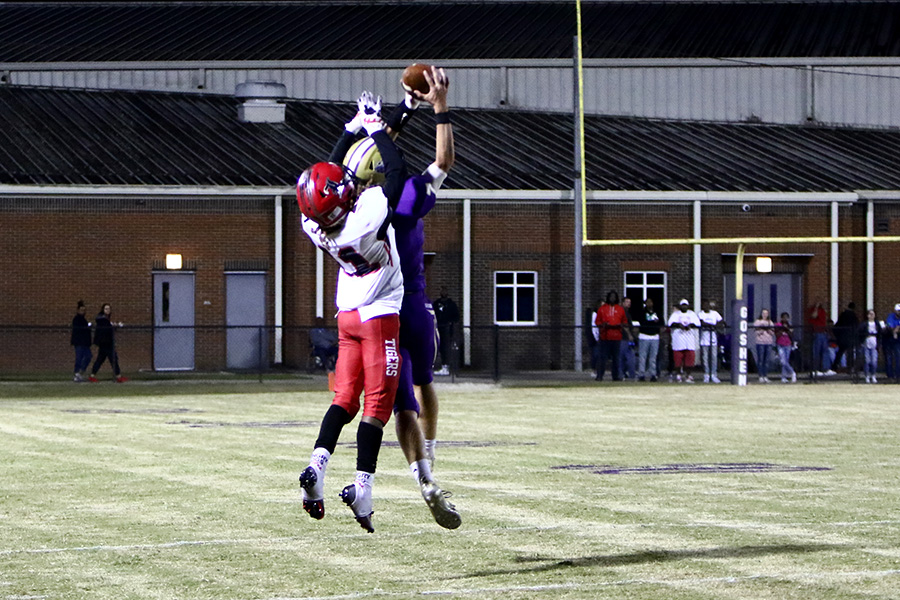 The two sides went into the fourth quarter tied 21-21 but Luverne’s 4-yard touchdown run late in the contest ended up as the game winner. In Goshen’s final four drives, the Eagles lost an interception, a fumble, punted and turned the ball over on downs.

Goshen put up 323 yards against Luverne, 250 yards on the ground, but Luverne rolled up 294 yards rushing themselves and 377 total yards.

With the game tied 21-21 late in the fourth quarter, Luverne’s De’emory Jones bulled his way into the end zone for a 1-yard touchdown run to give the Tigers the 28-21 lead. The Eagles were unable to score on their final two drives, turning the ball over on downs and losing a fumble. In fact, Goshen’s final four drives consisted of an interception, a punt, a fumble and a turnover on downs.

In the second quarter, Luverne tied the score 14-14 on a 14-yard run by Taylor and the score remained tied going into halftime.

The Tigers retook the lead in the third quarter on a 14-yard run by Taylor, but the Eagles once again tied the score late in the period on a 64-yard touchdown run by McClure. The only fourth quarter score was Luverne’s game-winner.

McClure led Goshen with 125 yards and two touchdowns on 12 carries, while Andrews rushed for 123 yards and a touchdown on 10 carries. McClure alos earned six tackles on defense and returned two punts for 68 yards. Tyler McLendon caught two passes for 83 yards, as well. Stamey completed 3-of-12 pass attempts for 83 yards and an interception.

Goshen is back at home next week for another region game with Lanett.