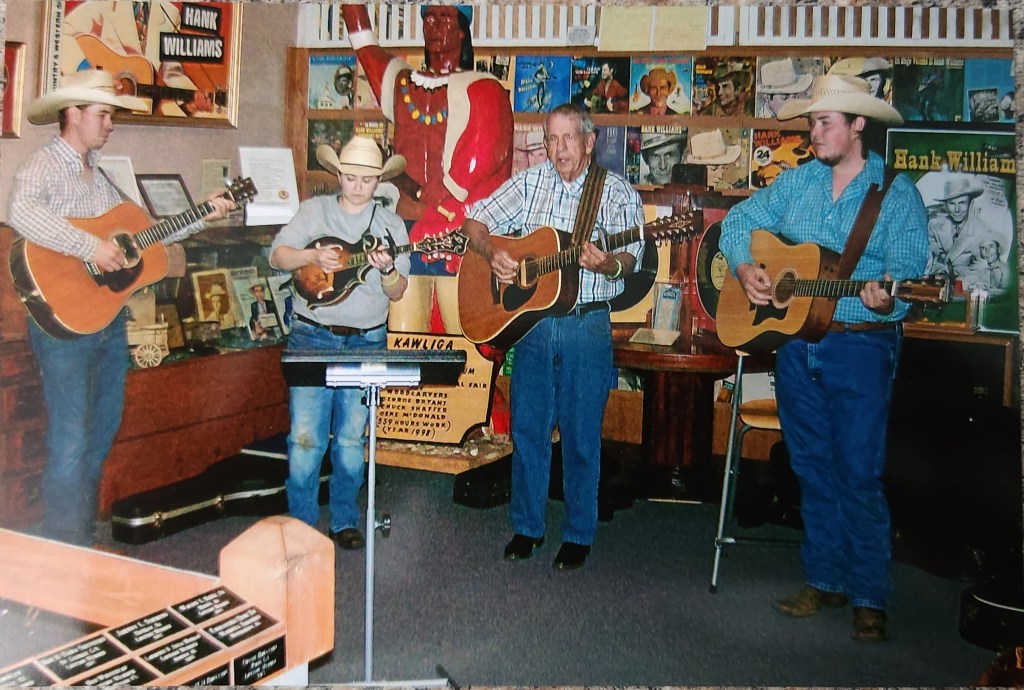 Not often does a granddad get to play his kind of music with the grandkids.

Arnold Sheppard is one lucky granddad.

And, there is no place and no time that The Sheppards would rather play music than at the Hank Williams Museum in Montgomery on January 1 and around September 17.

Arnold Sheppard and his grandkids, Morgan, Montana and Wes Brown, love country music and are fans of Hank Williams, Sr.’s music. And, there’s a family connection.

“Audrey married Hank so I guess that kind of makes Hank and us a little kin,” Sheppard said.

Kin or not, Arnold Sheppard and his grandkids are dedicated Hank Williams fans and they like playing his music.

“The birthday tribute is held on the day closest to his birthday, September 17, 1923,” Sheppard said. “I never got to play with Hank Williams but I did get to play with one of The Drifting Cowboys, Don Helms. In fact, Don Helms signed Morgan and Montana’s guitars the last time we saw him.