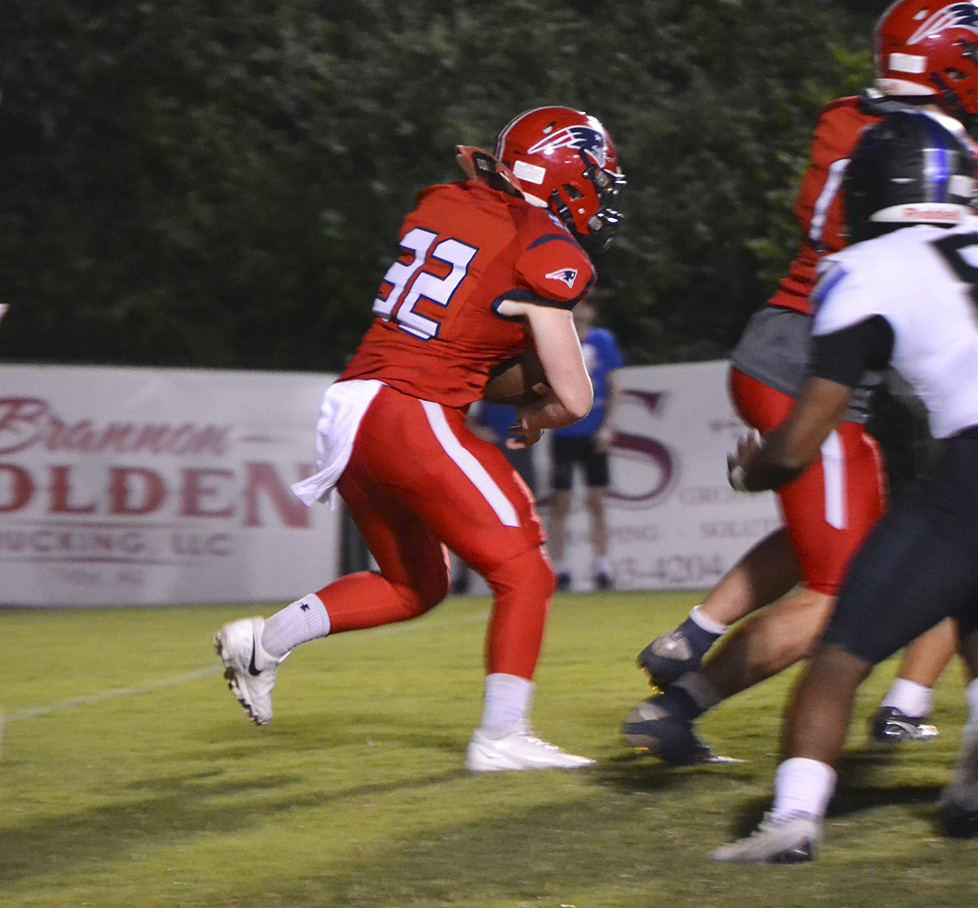 This Friday, the Pike Liberal Arts Patriots (2-4) will host the Faith Academy Rams (5-1) at home.

For the first time this season, the Patriots have some momentum coming off a dominant 32-0 win over Danville last week. In fact, the Patriots technically come in on a two-game winning streak after Mobile Christian last week was forced to vacate its season-opening win against Pike Lib due to playing an ineligible player.

Last week saw the Patriots play the best, offensively and defensively, that they have all season long. Quarterback Dawson Bradford completed 14-of-21 pass attempts for a career-high 326 yards and three touchdowns, while receiver Jackson Booth caught six passes for 147 yards and two touchdowns. Rhodes Baker also had two catches for 75 yards and a touchdown along with three catches for 59 yards for Mike Vaughn.

The Patriot running game was also clicking on all cylinders as Davis Kilcrease totaled 123 yards and a touchdown on 14 carries. John Lott also rushed for 24 yards on five carries.

Things won’t come easy this Friday, however, as Class 5A’s Faith Academy comes to town. The Rams are coming off a dominant 30-6 win over Vigor last week and have won four straight since losing to Gulf Shores 22-12 on Sept. 2. In the past four games, the Rams have outscored their opponents 141-13 with two shutouts during that span.

Junior quarterback Jarrett Daughtry has the Ram passing game clicking as he’s completed 65-of-91 passes for 1,221 yards and 12 touchdowns with just one interception. His favorite target has been senior Dorian Smith with 26 catches for 436 yards and three touchdowns, while junior Tynean Goodwill also has 23 catches for 394 yards and four touchdowns.

While this is the first time that Pike and Faith have ever met on the football field, the Rams are no strangers to the AISA, having played there from 1990 until 2007. After struggling once joining the AHSAA’s Class 5A, the Rams have been one of the top schools in the classification since 2019. Faith Academy won 11 games in 2019 and then went 12-2 in 2020 and made it to the Class 5A State Semifinals.

Pike and Faith will kickoff at 7 p.m. on Oct. 7 at Dewight Ward Field in Troy.