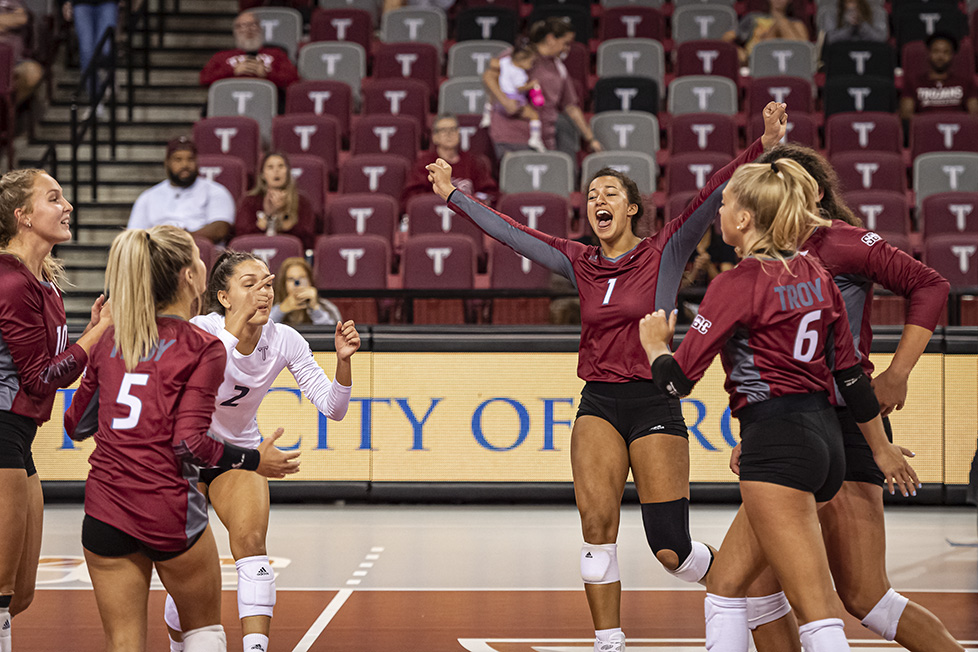 In match one, Troy fell behind 1-0 after dropping the first set 25-23 but bounced back to tie the match with a 25-21 win in the second set. Southern Miss again took control with a 25-20 win in the third set but the Trojans answered once again by taking the fourth set 25-22. In the final set, Troy fell behind 11-8 before storming back to take a 14-11 led with a chance to close out the match only for the Eagles to score five unanswered points to win the final set 16-14.

In match two, Troy swept the Eagles and dominating their way to the Trojans’ second conference win of the season. Troy won all three sets 26-24, 25-22 and 25-17.

“We also had multiple players contribute last night and today, and Tori Hester was special this weekend. Back-to-back double-doubles and 44 kills on the weekend were fun to watch. All in all, really proud of our team focus and effort this entire weekend.”

Troy is back at home this Thursday and Friday for a conference series with Marshall on Oct. 6 and Oct. 7. Both matches begin at 6 p.m. at Trojan Arena and admission is free. Both games will also stream live on ESPN+.