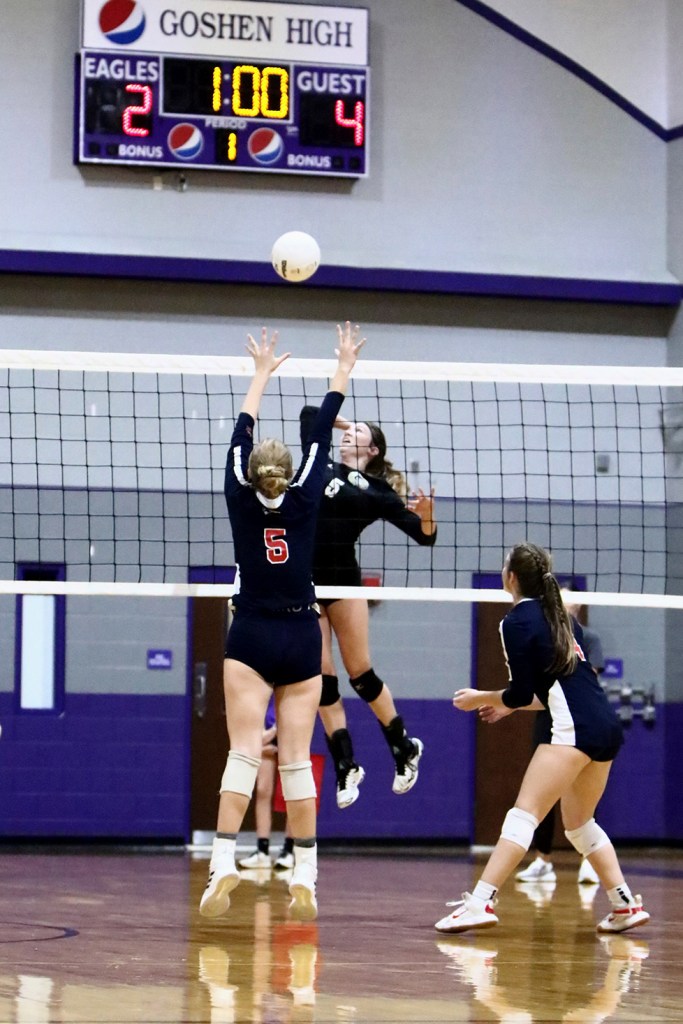 The Goshen Lady Eagles held a volleyball tournament this weekend and finished runner-up in the silver bracket.

Goshen bounced back to knock off Cottonwood in a rematch in the silver bracket by a score of 2-0, winning both sets 25-22 and 25-15. In the Silver Bracket Championship, Goshen fell to Brantley in two sets. Brantley won both sets 25-15 and 25-23.

Kaci Wilkes led the way for the Lady Eagles in the tournament, totaling 39 kills, 10 aces, 17 assists, 10 blocks and 21 digs. Jaci Rushing also chipped in with 45 assists and eight digs, while Alyssa Pippins earned two aces, 11 kills and 24 digs. Emily Hussey also had two aces and 42 digs during the tournament.

Andalusia won the Gold Bracket by defeating Dothan’s Northside Methodist in the championship game. Other teams that took part in the tournament include Dothan, Dale County and Straughn. Andalusia bested NMA in the championship match by a score 2-1. NMA won the first set 25-20 but dropped the next two 25-22 and 15-11 to Andalusia.