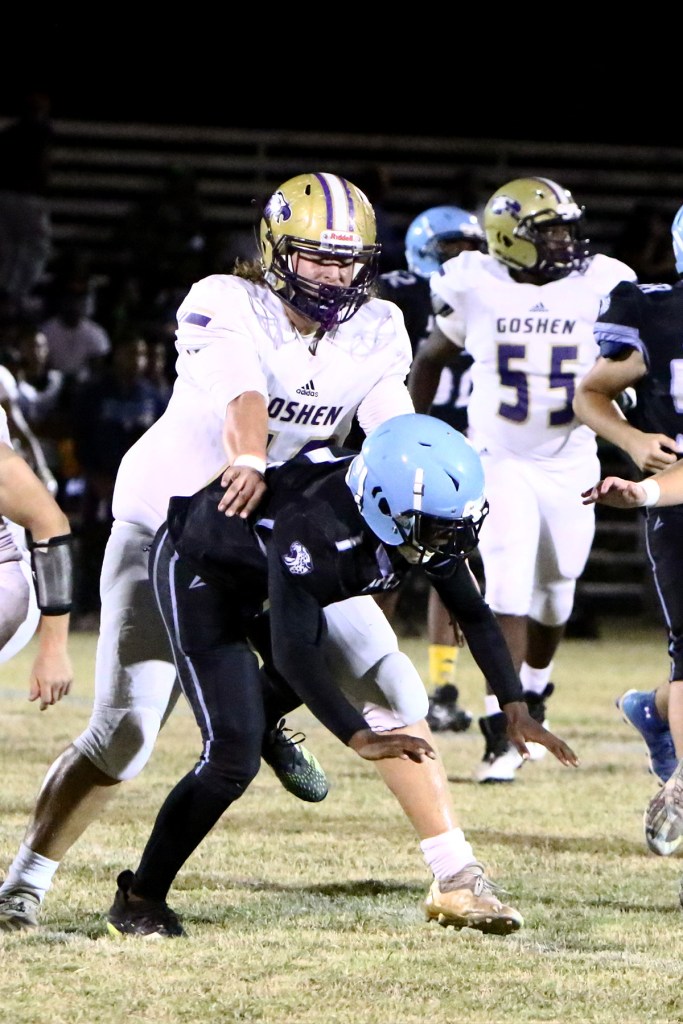 It was Goshen’s third straight game scoring 60 or more points, which is a first in school history. Goshen dominated from start to finish and two of Barbour County’s three touchdowns came late in the game. Goshen piled up 398 yards of offense and held Barbour County to just 146 yards.

The Eagles were able to go deep into their bench against Barbour County with five different Goshen players scoring rushing touchdowns. Along with McClure and Andrews, KJ Bristow scored on a 35-yard run, Andrew Galloway scored on a 25-yard run and Brody Wilks scored on a 7-yard run. Galloway also returned his second interception return for a touchdown of the season.

Along with the interception, Galloway recorded nine tackles, three tackles-for-loss and a sack. Bristow also had an interception and McClure earned two pass breakups. Wilks recorded four tackles, while Andrews totaled seven tackles, a fumble recovery and one tackle-for-loss. In total, Goshen recorded 10 tackles-for-loss as a team and forced four turnovers.

Goshen is back in the friendly confines of Eagle Stadium next week in a pivotal region matchup with Luverne.