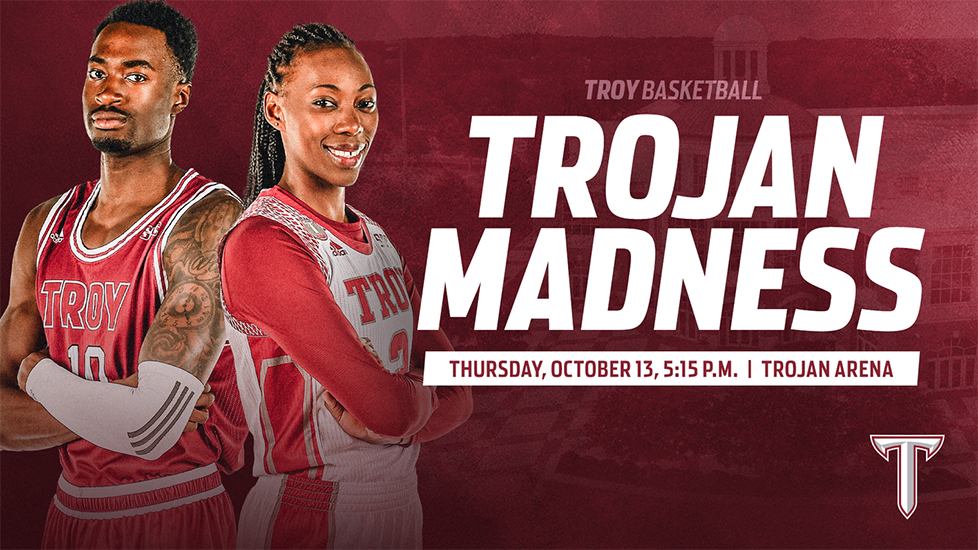 The Troy University men’s and women’s basketball teams will be hosting its annual “Trojan Madness” event at Trojan Arena on Oct. 13.

The event will be in conjunction with the football team’s Homecoming rally at Trojan Arena. Both women’s head coach Chanda Rigby and men’s head coach Scott Cross will be in attendance to speak to fans and there will be a slam dunk contest and three-point shooting contest. There will also be prizes given away throughout the event.

Troy football coach Jon Sumrall will also be in attendance along with the team captains for the Homecoming game and they will speak to Troy fans.