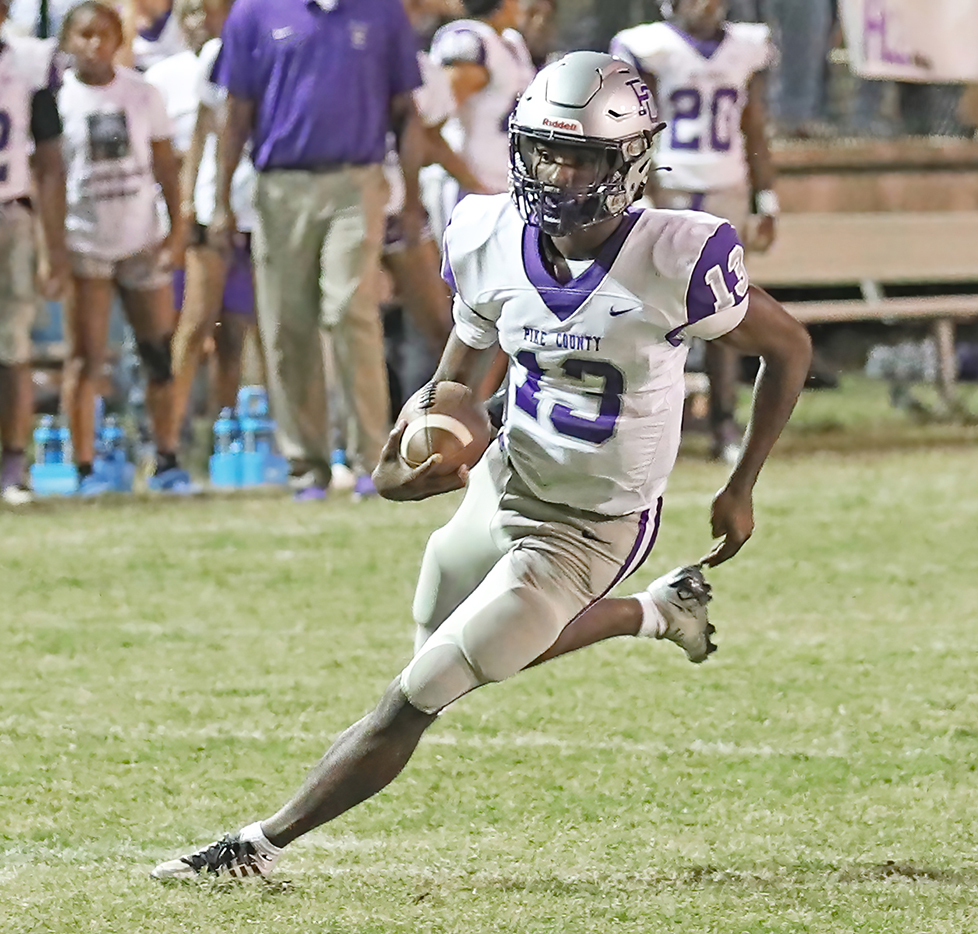 The win was Pike County’s second shutout win of the season and PCHS dominated the game from start to finish. The Bulldogs rolled up 217 yards of offense in the first half and held the Gamecocks to just 22 yards in the half.

Pike County got on the board first on an 11-yard touchdown run by quarterback Omari Barrow to put PCHS ahead 7-0 with 6:55 left in the first quarter.

Pike County recovered a fumble on the ensuing kickoff and Barrow scored on a 13-yard run with 5:38 left in the opening period to extend the Bulldog lead to 14-0. Barrow connected with Ian Foster on a 25-yard touchdown pass with 7:50 left in the second quarter to extend the lead to 21-0.

After another New Brockton fumble, Barrow heaved an 11-yard touchdown pass to Chimarion Brown with 2:20 left in the half to put PCHS ahead 28-0. The Bulldogs added a 27-yard field goal from Cruz Juarez as time expired in the half to take a 31-0 lead into halftime.

Pike County opened the second half with a 32-yard touchdown pass from Barrow to Foster to extend the lead to 38-0. Pike County played with its reserves and junior varsity players for the remainder of the game and burned clock, still maintaining the shutout.

The Bulldogs finished the game with 455 yards of offense and held New Brockton to just 99 total yards. The PCHS defense also forced six turnovers in the win.

Nemo Williams led the Bulldog running game with 120 yards on 11 carries, while Barrow completed 15-of-23 pass attempts for 239 yards and three touchdowns along with two rushing touchdowns. Brown caught four passes for 74 yards and a touchdown and Ian Foster caught three passes for 59 yards and two touchdowns.

Pike County is back at home for another region game against Providence Christian.