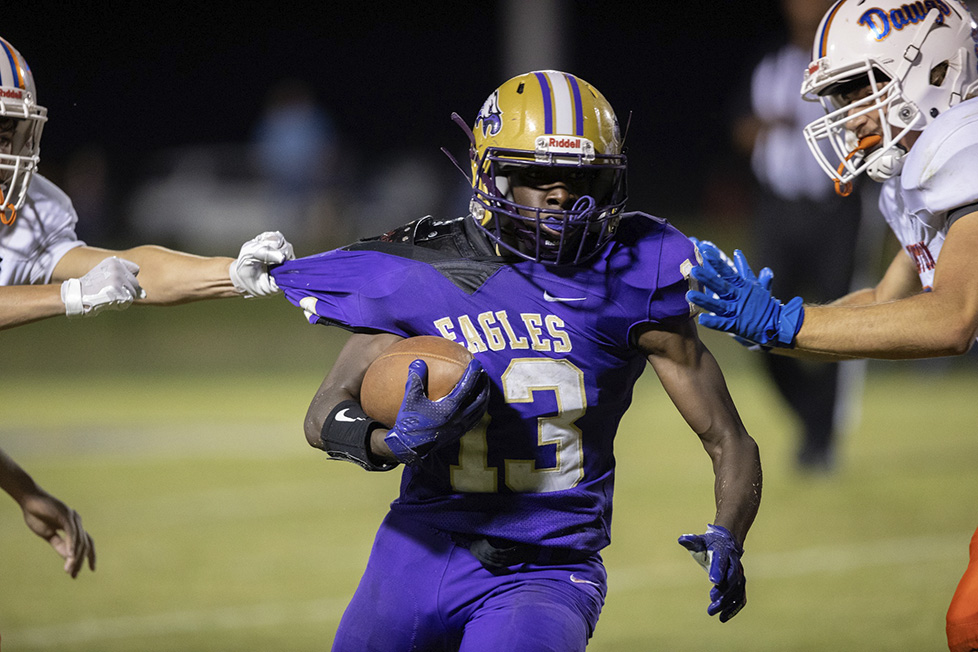 Goshen is coming off back-to-back blowout wins over Kinston and LaFayette, scoring more than 60 points in each of those contests. The 63 points scored against Kinston is the highest point total Goshen has scored since scoring 70 in 2016. It’s also the first time Goshen has scored 60 or more points in two games in the same season in school history.

Goshen’s running game has been the driving force for the Eagles this season, with GHS averaging 295 yards rushing per game. Goshen has eclipsed 300 yards rushing on three separate occasions and has gained less than 197 yards rushing just once in 2022.

Senior Jamari McClure leads the Goshen running game with 702 yards and 10 touchdowns along with six catches for 141 yards and four touchdowns. Szemerick Andrews also has 499 yards and six touchdowns rushing on the season. Andrews has also been stellar on defense with 35 tackles, three tackles-for-loss, one sack and one interception return for a touchdown.

While the Goshen running game is the focus of the Eagles, quarterback Peyton Stamey has made his opportunities count in the passing game, as well. He’s completed 18-of-43 pass attempts for 511 yards and 10 touchdowns with five interceptions. Receiver Tyler McLeond has been his favorite target with 11 catches for 345 yards and four touchdowns.

Goshen and Barbour County will play at 7 p.m. on Friday at Jaguar Stadium in Clayton.