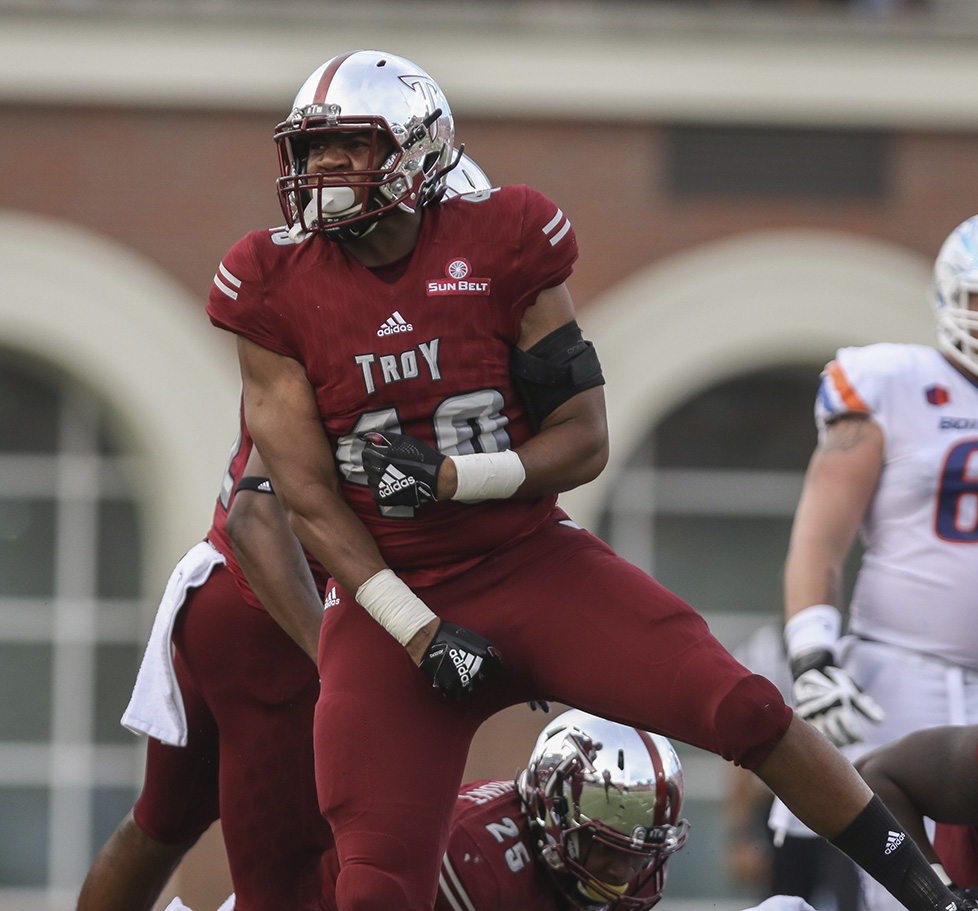 It was revealed on Wednesday that former Troy University football player Antione Barker passed away this week at the young age of 26.

Barker is a Pensacola, Fla. native and was a standout athlete at Pensacola Catholic High School, where he was a Subway High School All-Star as a defensive lineman. His stellar play in high school earned him a scholarship at Troy, where he also became a standout.

“Thoughts and prayers to Antione’s family and teammates,” Troy coach Jon Sumrall said. “His impact on the Troy Football program was lasting.”

Former Troy receiver Richard Hallman, who was roommates with Barker at Troy, also spoke about his friend via social media.

“From a friend to a teammate to a brother, I really appreciate the friendship we had,” Hallman said. “We were roommates for almost four years. I got so many memories with you, I alter from crying (to) laughing.

“You (were) the life of everything, I’ll never forget you brother. This was a tough battle, but you’re forever a soldier in my eyes. I pray for your family to be able to keep strength as you were the stem for them. I’ll miss you forever.”