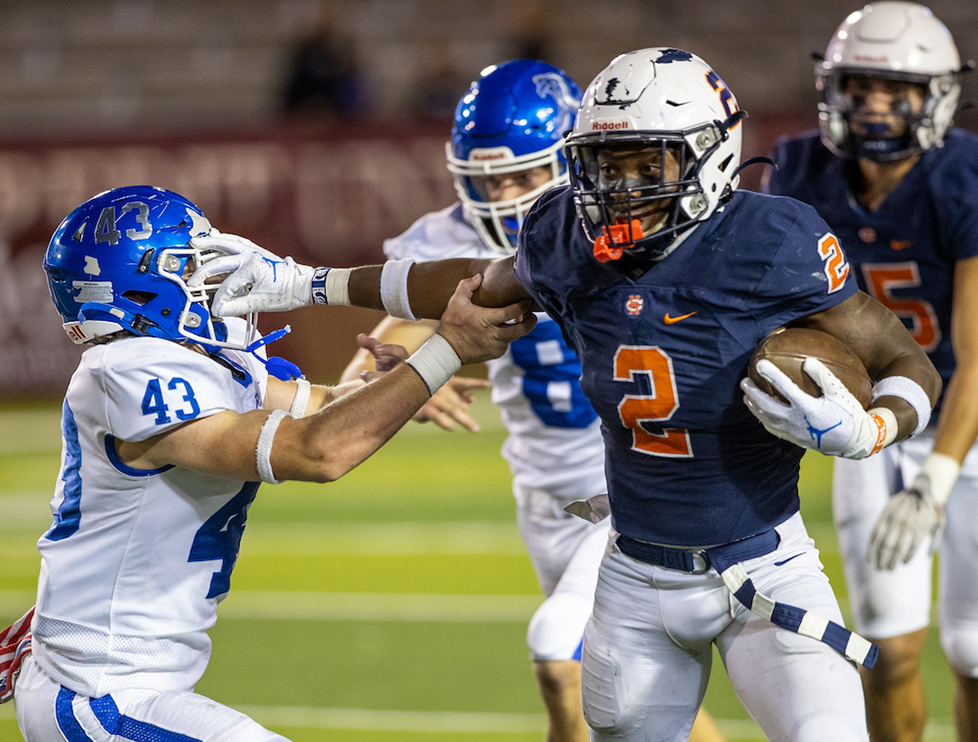 Charles Henderson High had to fight for every point against a determined and opportunistic Rehobeth squad Thursday evening in Troy’s Veterans Memorial Stadium, before CHHS surged in the second half to claim a 27-15 Homecoming victory.

Improving to 5-1 on the season and 3-0 in Class 5A, Region 2, the Trojans were behind 8-0 before taking the lead in the third quarter, en route to the important region win.

“I knew Rehobeth was a tough team, and that they were going to play hard,” said CHHS Head Coach Quinn Hambrite. “But a win is a win, From the good to the bad to the ugly, it is a win. Being 3-0 in the region, that now solidifies us a spot in the playoffs.

“I’m just extremely proud of our guys for grinding it out because I knew what kind of game it was going to be in the trenches. With the concussion bug and the flu bug, it hit us hard this week. We had about six guys that could not play.”

It was Rehobeth that scored first when Devin Singletary stepped in front of a CHHS receiver and return an interception 71 yards for a touchdown. The Rebels were successful on a two-point try, when Patrick Banda took it in from the left side for an 8-0 lead with 2:58 showing in the first quarter.

Both teams exchanged punches in the second quarter before CHHS scored on a 5-yard touchdown pass from Parker Adams to Khalil Carson, and Nik Peerson added the extra point to cut the lead to 8-7 which carried into halftime.

The Trojans took the lead on their first possession of the third quarter as Adams found Will Templin over the middle for a 22-yard TD pass, and Peerson kicked for a 14-8 CHHS lead.

Rehobeth bounced back on their next possession to go ahead 15-14 on a 2-yard run by Brayden Hardy, with the extra point being successful.

The Rebels attempted an on-sides kick but CHHS recovered at the Rehobeth 46, and ran the ball nine out of 10 plays with Antonia Frazier bulling his way in from 1-yard away for the TD, the PAT was no good, and the Trojans led 20-15 with 0:01 remaining in the third period.

CHHS scored its final touchdown on another 1-yard carry by Frazier, the kick by Peerson was good for a 27-15 lead, which the Trojans held to finish out the game.

Unofficial statistical leaders for CHHS had Frazier with 75 yards on 14 carries and two touchdowns, while Adams was 16 of 26 for 188 yards and two TD’s.

After playing six consecutive games at home the Trojans are on the road next Friday at Eufaula for a big 5A, Region 2 matchup.

“Eufaula is a tough team,” said Coach Hambrite. “I really think this is going to be a battle of the number one seed. Right now I am just happy we got out of this game.”