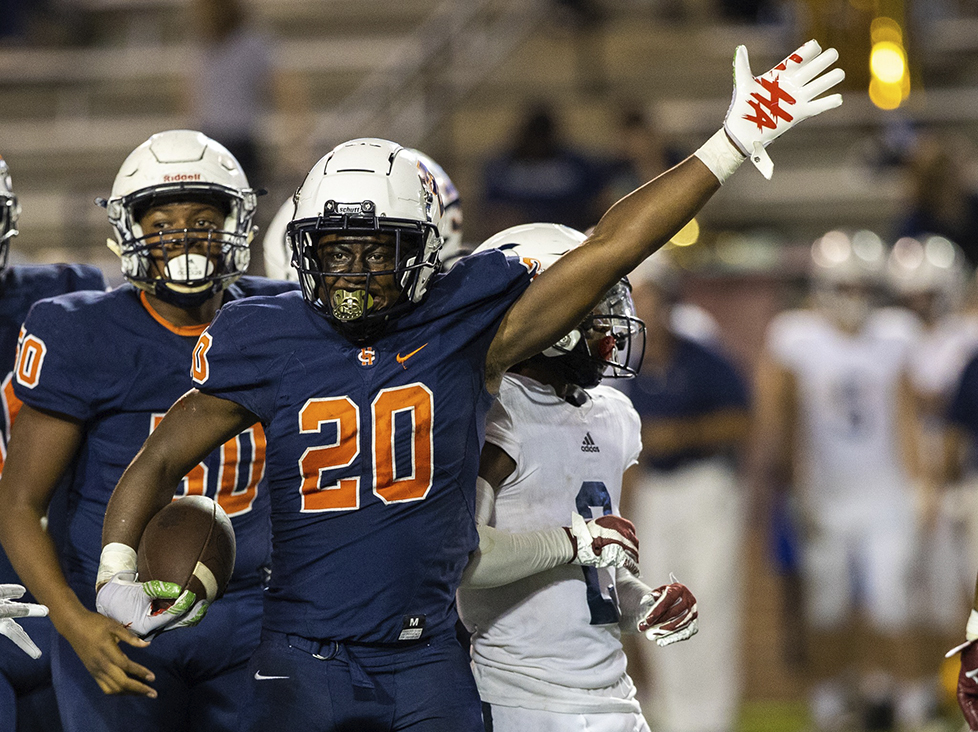 A region football game is always a big game and each one brings it’s own set of obstacles for a team, but this week’s Homecoming game for the Charles Henderson Trojans (4-1, 2-0) against the Rehobeth Rebels (1-4, 0-2) provides a unique one.

The Class 5A, Region 2 game was originally scheduled for this Friday, Sept. 30, but due to the threat of possible severe weather due to Hurricane Ian, the two schools decided to move the game up to Thursday. With that change, all of the Homecoming festivities that come along with it have moved, as well. Hambrite said this is the first time one of his team’s has ever had to practice the day before a game because of a sudden change but it’s part of football and the Trojans have to adjust.

“It’s an adverse moment, it’s a sudden change, but sudden changes happen in a game,” Trojan coach Quinn Hambrite said. “You just have to fight through it and persevere and keep it moving.

“Today is a practice day for us instead of the usual walkthrough. We don’t want to hit too much today but we’ll get a lot of teaching in and ice baths so we know we’re ready for Thursday.”

Charles Henderson is coming off a 26-14 win against St. James in which the Trojans forced four turnovers and harassed St. James’ quarterback all game.

“I have an exceptional defensive line and even with one key part missing I don’t think they’d seen that much pressure in their face all year,” Hambrite said of his pass rush. “We got him rattled a little. He was able to get the ball out earlier than we wanted some times but we were able to force some turnovers, too. That was really a game changer for us.”

Rehobeth has had a tough season, winning its season opener 31-12 on Aug. 26 but losing four straight since then. Those losses include a 23-13 loss to Class 3A’s Opp last week and a 50-6 loss to Class 7A’s Enterprise the week prior. The Rebels also hold losses to Carroll and Headland on the season. Regardless of record, Hambrite is impressed with Rehobeth’s toughness.

“They’re a downhill, tough football team,” Hambrite said of the Rebels. “They will run the ball and they’ll also take some shots downfield. They will play hard the entire game.

“In the trenches, they’ll come off the ball full speed and we have to match or exceed their toughness and play good, sound football. They aren’t a bad team, they play hard and are extremely physical. We expect a physical game tomorrow and hopefully we can outmatch their physicality.”

Charles Henderson has historically dominated the series, dating back to 1978, holding a 14-2 record over the Rebels but recent years has been much more back-and-forth. Charles Henderson won last year’s game 40-7 but in 2020, Rehobeth won 29-14. Prior to that game, the Trojans had won the past 13 straight matchups.