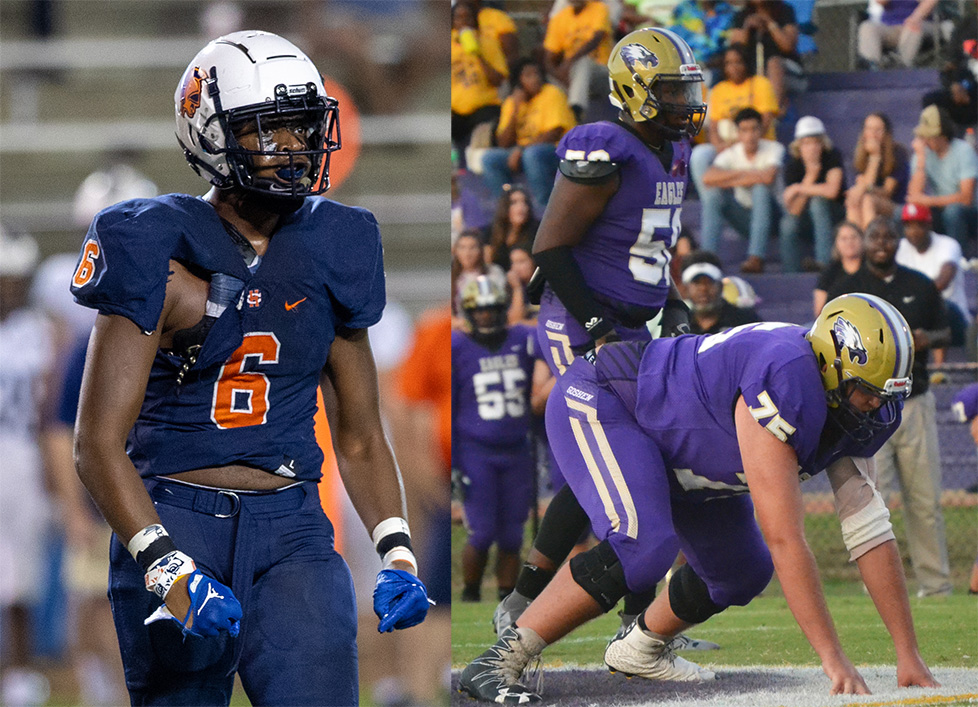 Tillery earend a scholarship offer from Faulkner University this week. It was the offensive and defensive lineman’s first college offer. Tillery is part of an offensive line that has paved the way for one of the tope running games in all of Class 2A. Goshen is currently averaging 289 yards rushing per game and has scored 23 rushing touchdowns. On defense, Tillery also plays defensive tackle and has recorded four tackles this season.
After Grady picked up an offer from Alabama over the weekend, Arkansas offered Grady a scholarship on Tuesday, as well. Grady holds a total of nine scholarship offers as just a 10th grader, with offers from schools like Troy, Alabama, Arkansas, Tennessee and Auburn among others.

Grady has been a force on Charles Henderson’s defensive line this season and last week recorded 12 tackles, four tackles-for-loss, 3.5 sacks and a forced fumble.

“Zion is a kid that works extremely hard, he works on his craft after practice, in the offseason and at home,” Charles Henderson coach Quinn Hambrite said. “You can see him with cones at his apartment doing cone drills and hand drills. He goes above and beyond to make him one of the best players in the nation and I’m extremely proud of him as a player and as a person.