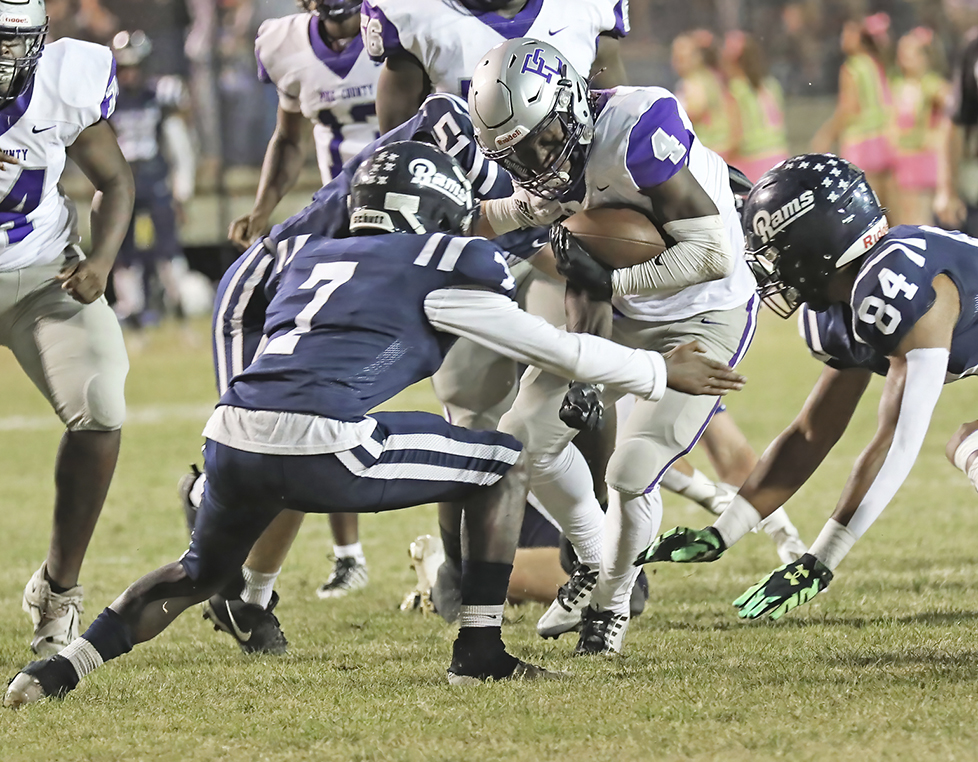 Zay Carlisle (4) and Pike County are on the road again this week. (Photo by Henry Otto/Creative Media Images)

The region game was originally scheduled for Friday night but, like many games across South Alabama, it was moved to Thursday due to the threat of severe weather related to Hurricane Ian.

“We talked about it as a staff and it was just a decision based on the possible inclement weather with the hurricane,” PCHS coach Mark Hurt said. “We figured it would be smarter to just play it on Thursday and not risk what could possibly happen on Friday.”

Hurt said that while moving the game up isn’t an ideal situation, he feels like his team is prepared for the change.

“On Wednesday, we should ‘have the hay in the barn’ so to say, have everything in and have our game plan together and be doing things you’re going to be doing in the game.”

Pike County is coming off an 18-13 region win over Headland last week, while New Brockton lost 49-6 to Houston Academy. The Gamecocks have struggled this season but Hurt emphasized that the Bulldogs can’t overlook New Brockton. This is the first time New Brockton and Pike County have every played on the football field.

“They have not won a game but they have played better and better each week,” Hurt said of New Brockton. “They have a good sized offensive line and a quarterback that has a strong arm.

“They’ve been throwing the ball a lot. They run it, as well, but they throw it a lot and have some good receivers that run good routes. We have to play our type of game. We had a tough away game we ended up winning (last week) and want to see how we respond to that (this week) going up against a team that hasn’t won a game but one you can’t overlook either.”