The recent death of former Troy Council member Robert Jones has brought sadness to the Troy extended community. And, to all those who knew him as the owner of Crowe’s chicken restaurant on busy Highway 231 in Troy.

Troy Mayor Jason A. Reeves regarded Jones as one of the finest men he has ever been blessed to know and serve with in municipal government. 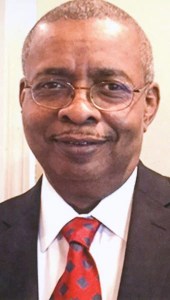 “As a public servant, business man and, most importantly, deacon and leader in his church, Robert was the epitome of a servant leader,” Reeves said. “He never looked for praise or recognition only to help the people he so humbly and effectively served. He will be greatly missed but certainly heard ‘well done good and faithful servant enter into the joy of your Lord.’”

Shelia Jackson, Troy public relations director, said, too, that Jones was a good and faithful servant.

“Robert had such a sweet spirit about him,” she said. “He was there for everybody in times of need. He was a blessing to so many and did so much for others that nobody ever knew about. I don’t know of anyone who cared more for our town and our people than Robert Jones. I was blessed know him. The City of Troy was blessed to have him. He will be missed many times in many ways.”

Dr. Linda Felton Smith has known Jones most all of her life and said, knowing him was a blessing and losing him is hard.

“Robert and I went to school together, at Oakland Heights, at Academy Street and at Charles Henderson High School,” Felton-Smith said. “We were classmates and we were church members together. I knew him well. Robert Jones was a kind and caring man who was dedicated to the Troy community.”

Felton- Smith said Jones was a community leader and the owner of Crowe’s and was outstanding in both roles.

Jones’ sister, Mary Henderson, said, too, that Robert Jones was a good and faithful servant.

“He was closer than a brother; we were like congenital twins,” Henderson said. “As kids, we were inseparable. As teenagers, we hung out together. We got married at the same time and we, both couples, lived together. Later, I went back and lived with Robert and his wife. He was the greatest brother in the world and the most caring person I have ever known. He would give you the shirt off his back. I am going to miss him so much. We all are. We loved him so much but God loves him even more.”

For Veronica Jackson, there was no one like her Uncle Robert.

“He was not my father but he was in every way,” Jackson said. “He was my backbone, my strength from the time I was a little girl. He provided for me, for all of us. Whatever the family needed he made sure we got it.”

Jackson, laughingly, talked about her uncle as a “cook.”

“Nobody could cook like Uncle Robert, she said. “He made a national magazine for his chicken and Crowe’s was one of the ‘One Hundred Places to Eat Before You Die.’

“We loved Uncle Robert’s food but we loved him more.”

Jackson said Jones taught her and so many others to work hard, to set goals.

“He said if you want something enough, if you work hard enough and trust in the Lord, you can reach you goals,” she said. “He had a beautiful soul. Uncle Robert was a true example of what the world should be like.”