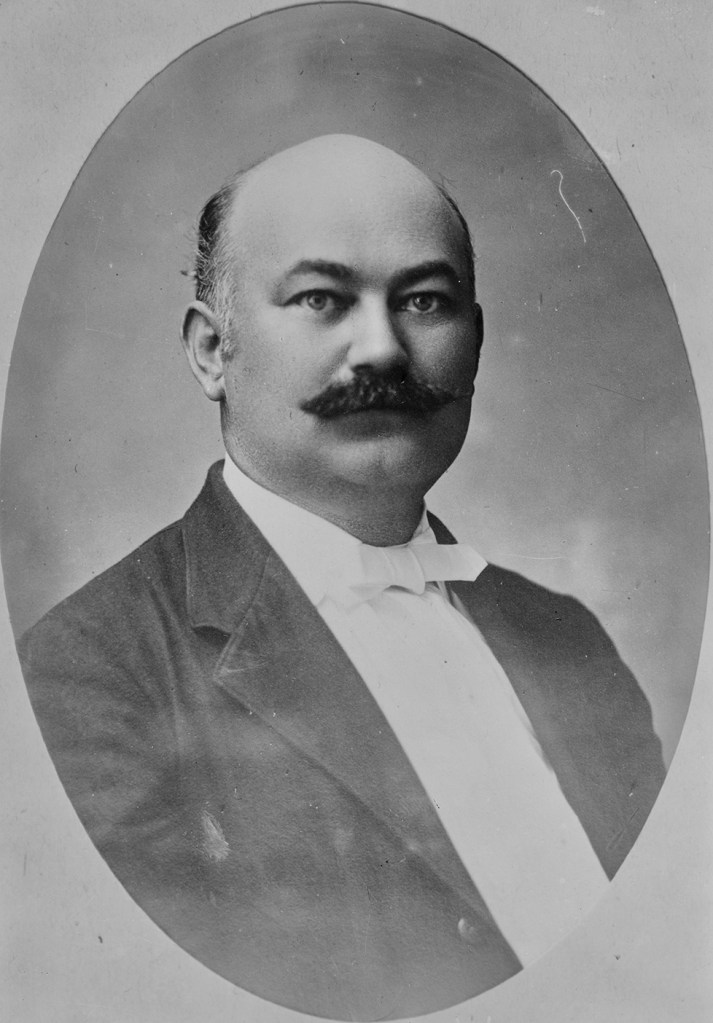 Charles Henderson was born April 26, 1860, south of Troy. He was one of six children. At age 15, he left home to attend Howard College in Marion. When his father died unexpectedly two years later, he came back to Troy to help run his family’s mercantile business. He went on to found Troy’s first wholesale grocery company, the Alabama Midland Railroad Company, and he owned a cotton buying firm.

Charles Henderson brought electricity to Troy in 1891 and the telephone to Troy and southern Alabama in 1904. With his brother, J.C.  Henderson, he founded Troy Bank & Trust in 1906 as an independent community bank. Today TB&T remains one of the strongest and largest community banks in Alabama.

Henderson became governor of Alabama in 1915 and would be known as “the business governor” because of many commercial interests and how he was able to maneuver the state out of debt.  At the time, the state was in significant debt and the prospects of balancing the budget were not good. The price of cotton had plummeted with threats of war in Europe in 1913. Because cotton was the primary crop in Alabama, the economy of the state was all but devastated. However, under Henderson’s guidance, Alabama began to share in the nation’s wartime prosperity through federal money namely with the Muscle Shoals munitions development and training camps.

When the United States became involved in WWI in 1917, many Alabamians were rejected because of poor heath or because they were illiterate. Henderson asked the Alabama legislature to provide additional funding for the state’s Department of Health and for public schools. It is believed that this was what prompted Henderson, later in his life, to provide a trust for the construction of public schools in his home of Troy and in all Pike County, along with a hospital providing healthcare for indigent children.

Henderson became the majority stockholder of Troy Bank and Trust eventually owning 51.12 percent. At his death in 1937, pursuant to his will, Henderson created a Charitable Perpetual Trust and transferred his stock to Troy Bank & Trust as the trustee. A stipulation in his will states that the TB&T stock held in the trust is never to be sold, thus ensuring that Troy Bank & Trust can never be purchased.

Money from Henderson’s trust has been used to build schools in Pike County, including the existing Charles Henderson High School and middle school. The 20-year educational period of the Trust was from 1956-1976.

The Trust in 1976 then began distributing income to the Charles Henderson Child Health Care Center, which will exist in perpetuity as a Charitable Trust.