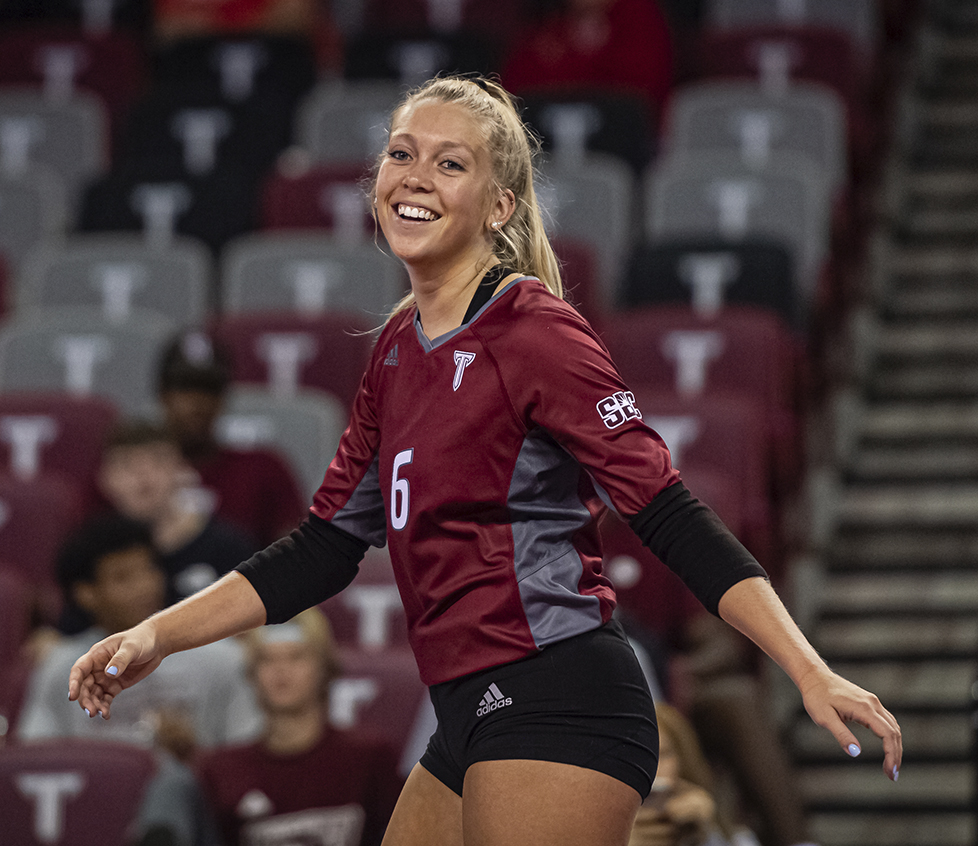 Anderson dished an eye-popping 40 assists in the Trojan win, which put her atop the all-time assist record at Troy. She also became the first Trojan to ever earn 5,000 career assists. She totaled 15 digs in the win, notching her fourth double-double of the season.

“I’m really proud of her effort tonight,” Troy coach Josh Lauer said. “We dug in and showed a lot of resilience. When you get the reverse sweep, it’s fitting.

“We got to expect Louisiana to bounce back (Friday), and we have to be ready and respond. I got really emotional in the locker room; Amara has poured her heart and soul out and sacrificed a lot to be here. It has been a really fun journey that isn’t over yet.”

Tori Hester also had a big night for Troy with 24 kills, one ace, nine digs and two blocks. Julia Brooks also chipped in with 15 kills and six blocks on the night. Jaci Mesa totaled eight assists and 11 digs, while Ashley Guenveur earned seven kills, one assist, two aces, six digs and one block.

Troy wraps up the series with Louisiana tonight at 6 p.m. in Trojan Arena. Admission to all Troy home games is free this season.