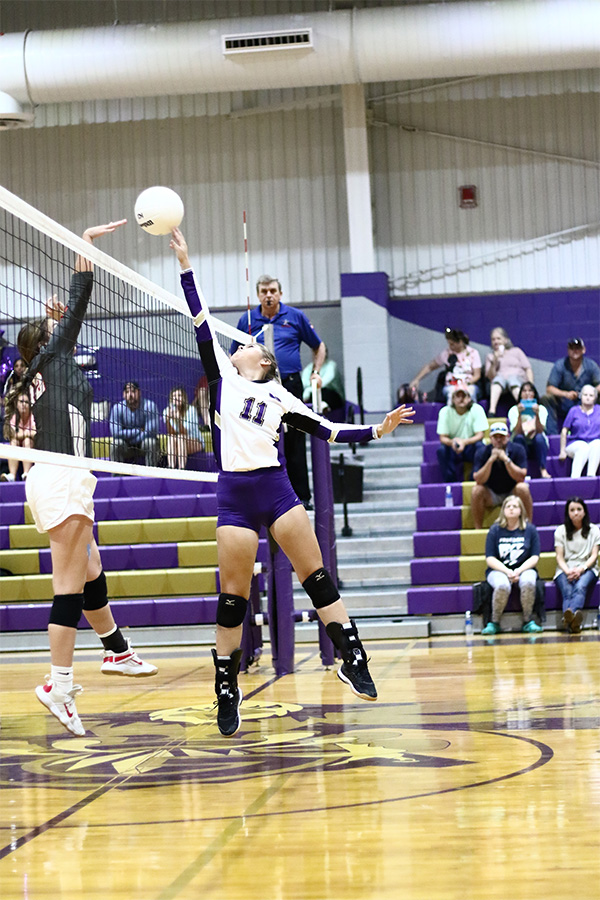 On Tuesday night, all high school volleyball teams in The Messenger’s coverage area were in action with Pike Lib, Charles Henderson and Goshen picking up area wins, while Pike County dropped an area match.

The Pike Liberal Arts Lady Patriots picked up a pair of wins on Tuesday in a tri-match on the road at Luverne against both Luverne and McKenzie, beating both. Against McKenzie, Pike lost the first set 25-20 but rebounded to take the next two and the match. Pike won the next two sets sets 25-14 and 15-7. Emma Baker led Pike with four kills, while Bella Maulden totaled 19 kills and Addie Renfroe dished 28 assists. Anna Cate Friday also chipped in with four kills and one block. 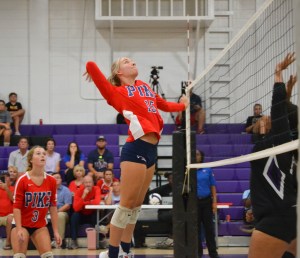 Pike Lib won a tri-match at Luverne on Tuesday.

Pike also took the Class 2A, Area 3 match with Luverne 3-2. The Lady Pats lost the first two sets 25-16 and 25-21 but responded by taking the next two 25-21 and 25-11 to tie the match and force a deciding set. In the fifth set, Pike captured the match with a 15-12 win. Renfroe earned 13 assists and six aces against Luverne, while Baker totaled five kills and two blocks. Mari Grace Brooks also netted three kills, while Emily Bryan earned two kills, two aces and five digs in the win.

Pike is back on the road for another area match on Thursday at 3:30 p.m.

Goshen returns to action next Monday on the road against Highland Home in another area match. 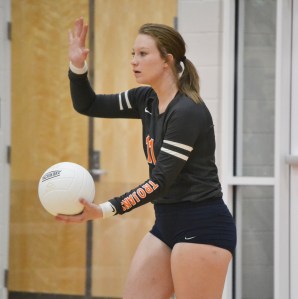 Raelynn Hornsby (11) led the Trojans to a win over Greenville. (Photo by Josh Boutwell)

The Pike County Lady Bulldogs also lost a Class 3A, Area 3 match with the Straughn Lady Tigers on Tuesday. PCHS won the first set 25-23 but Straughn to the second by a score of 25-15. The Lady Dawgs retook the led by winning the third set 25-22 before Straughn forced a deciding set after winning the fourth 25-13. Straughn won the fifth and final set by a score of 17-15 to capture the area win.

Pike County travels to Class 5A’s Greenville on Monday, Sept. 26, before hosting Opp for another area game on Sept. 27.