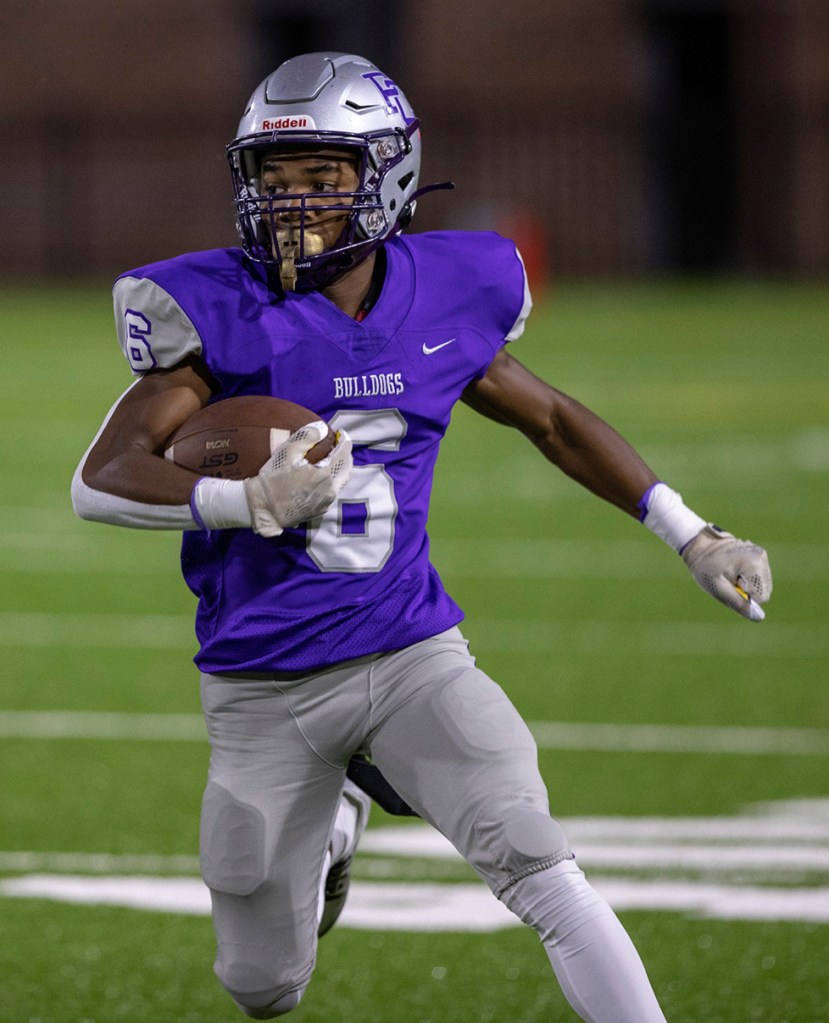 Kameron Christian (60) and the Pike County Bulldogs look to get back on track against Headland this week. (Photo by Dan Smith)

The Pike County Bulldogs (2-2) are on the road this week in a non-region game against Class 5A’s Headland Rams (3-1).

Pike County is coming off a heartbreaking 28-27 loss to Opp last week in which the Bulldogs attempted to go for a win with a two-point conversion, after a last-second touchdown, but came up short.

“I thought we played well and anytime you have a chance to win with 20 seconds on the clock you’re in a pretty good position,” PCHS coach Mark Hurt said.

Headland is coming off a 12-3 win in a defensive slugfest with Rehobeth last week after a 35-20 loss to Eufaula the previous week. The Rams also hold a dominant win over Abbeville and 36-28 win over Geneva earlier this season.

Hurt wants to see his Bulldogs continue to improve in a non-region game this week.

“I need to see our guys continue to improve and continue to do what we do,” he emphasized. “Make sure we’re lining up correctly and executing our assignments, that’s the biggest thing.”

Pike County and Headland have played a total of 22 times with the Bulldogs holding a 16-6 edge over the Rams, but the two sides have not met since 2009. Pike County is on an 11-game winning streak against Headland dating back to 1987 and has not lost the Rams since a 6-0 loss in 1986. In fact, Headland has scored a total of just seven points in the past seven games combined with six of those games being shutouts.

Pike County athlete Ian Foster has been nearly unstoppable for the Bulldogs this season, scoring in every phase of the game. Against Opp, Foster totaled 149 yards and three touchdowns on offense with 95 yards and a touchdown rushing on just two carries. While Foster is a threat to score every time he touches the ball, Hurt wants to see more playmakers step up.

“You always want an athlete of that caliber on your side. You’d rather have him with you than against you, that’s for sure,” Hurt said of Foster. “We just need more players to step up when Ian is doubled teamed or we’re not able to get him the ball. We have some good athletes but some of them are younger and we need for them to step up and make more plays for us. That will just continue to make us a better team.”

Pike County travels to Headland this Friday with kickoff at 7 p.m. at JJ Yarbrough Stadium.