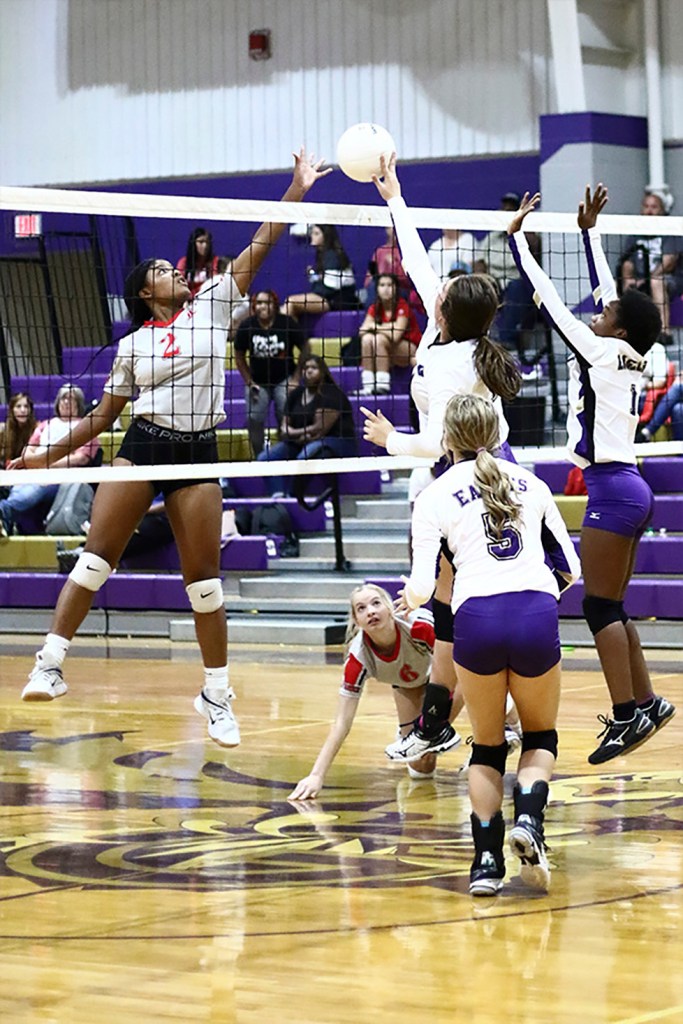 The Goshen Lady Eagles traveled to Enterprise this weekend and competed in the 13th Annual Wildcat Invitational.

Goshen went 0-5 in the tournament competing against bigger schools in each game, including a pair of Class 5A programs and a Class 7A team. Goshen lost to Class 4A’s Andalusia in the opening match of the tournament, dropping both sets 27-25 and 25-15. Next, Goshen was swept by Class 3A school Providence Christian, falling in both sets 25-18 and 25-16. In the third match, Goshen lost 2-0 to Class 5A’s UMS-Wright, losing both sets 25-10 and 25-16.

The Lady Eagles dropped a match to the Brantley Lady Bulldogs last Thursday. The match was shortened to a best-of-three match due to homecoming activities at Brantley. The Lady Bulldogs won in a sweep, taking both sets 25-15 and 25-18.

Wilkes led Goshen in that match with four kills, two assist and five digs, while Hussey earned 10 digs and one ace. Rushing also added six assists and Mikala Mallard chipped in with three kills and one block.