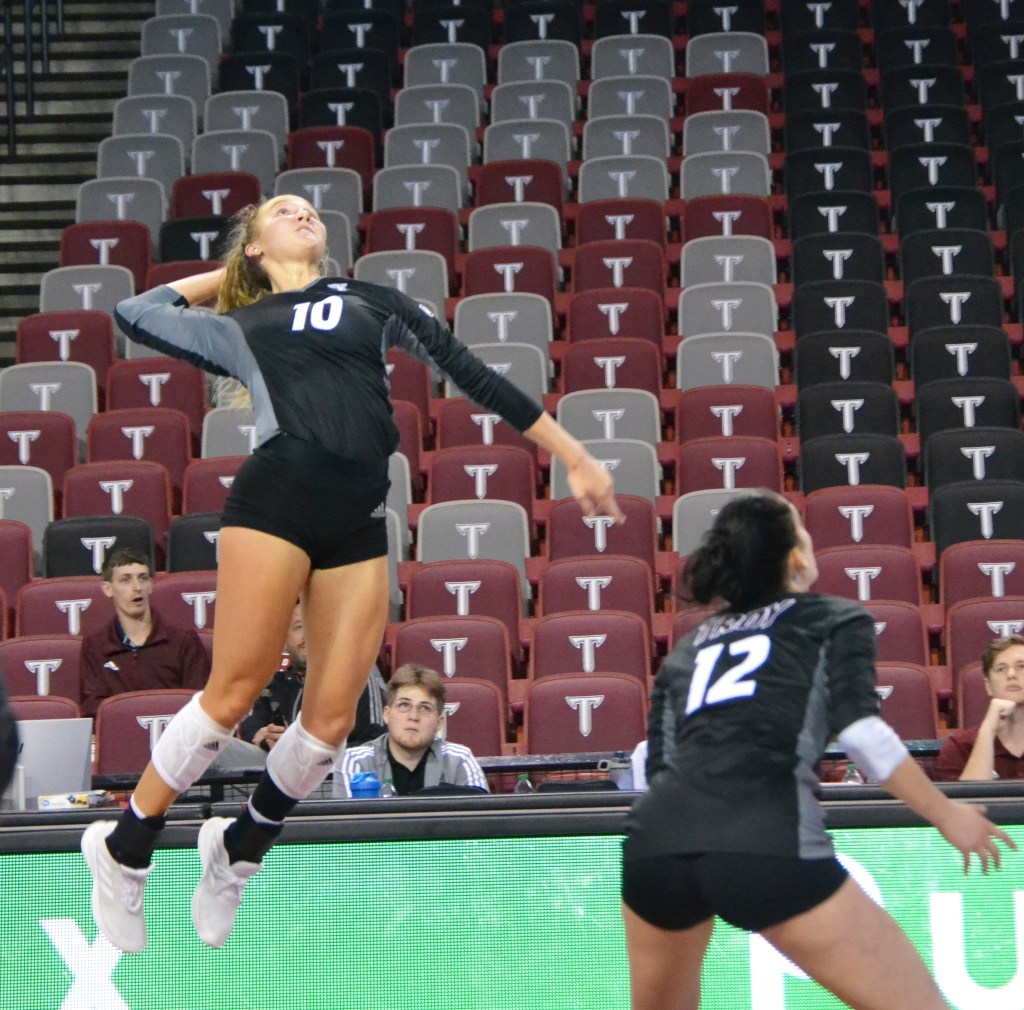 Tori Hester (10) and the Trojans are 2-0 in the Trojan Invitational. (Photo by Josh Boutwell)

The Troy Trojans volleyball team (6-5) picked up their second straight win in the Trojan Invitational on Friday night with a 3-1 victory over the Gardner-Webb Bulldogs (2-9).

Troy won the first set 25-13 but Gardner-Webb answered with a 25-21 win the second set to the match. The Trojans responded with a 25-22 win in the third set and dominating 25-15 win in the fourth set to take the match.

“We felt we were more physical than they were,” Troy coach Josh Lauer said. “I thought we played fundamental volleyball throughout the night with contributions from everyone on the team.

“I loved the energy we had tonight, which will help us move forward tomorrow and beyond.”

Tori Hester had a big night for Troy with 23 kills, three blocks and eight digs, while Amiah Butler earned 15 kills and one dig. Sophie Sparks earned the first start of her career against Gardner-Webb and responded with a career-high eight kills in the win. Amara Anderson totaled 49 assists and five digs, while Sara Bates had six aces. Julia Brooks totaled five kills and two blocks.

Troy closes out the Trojan Invitational this afternoon with a match against Jacksonville at 2 p.m. at Trojan Arena. The match will stream live on ESPN+.