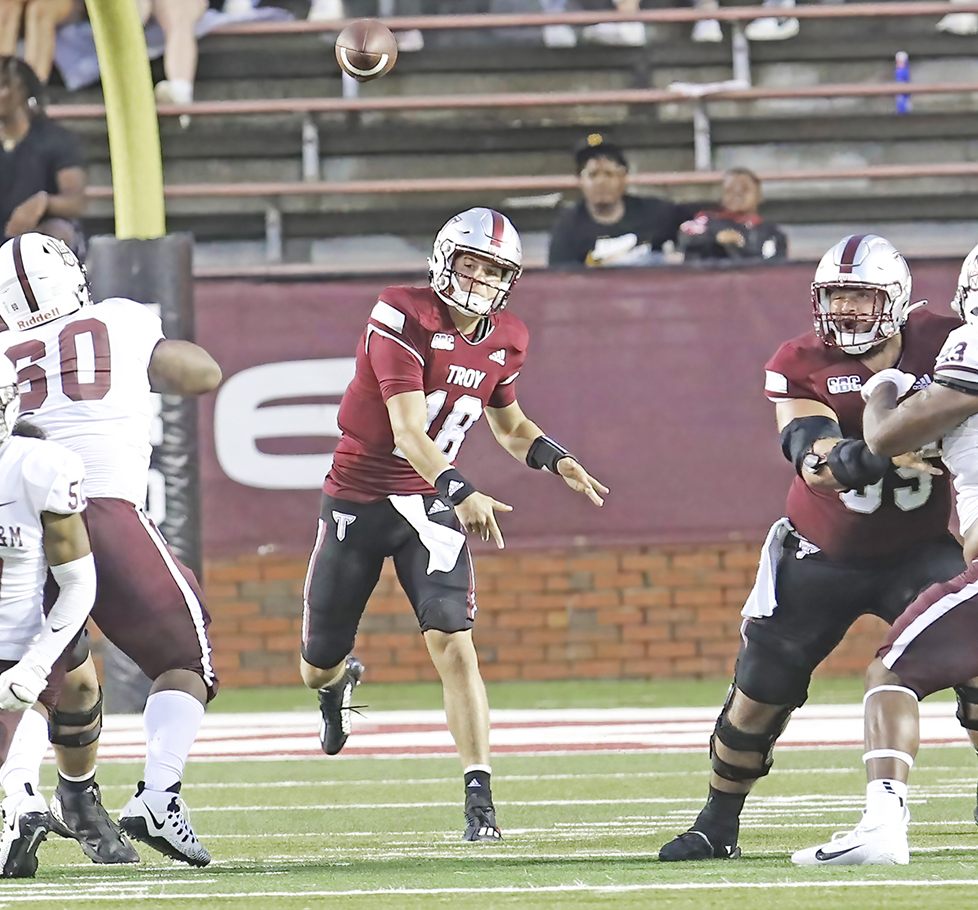 The Troy Trojans (1-1, 0-0) open up Sun Belt Conference play this Saturday with a road matchup against the Appalachian State Mountaineers (1-1, 0-0).

The nation’s eyes will be on Boone, NC, as ESPN College GameDay will be in town for the showdown between Troy and Appalachian State. The attention comes after the Mountaineers upset No. 6-ranked Texas A&M last week, just a week after nearly upsetting the ACC’s North Carolina, as well. Troy coach Jon Sumrall sent a message to his team that all of that attention is as a result of what the Mountaineers have done, not the Trojans.

“ESPN GameDay is coming to Boone; it’s not coming to Troy,” Sumrall said. “I t shouldn’t distract us at all. We’ve got a game to play. For us, I don’t know that it really affects us that much. For our guys, we need to work on getting better each day.”

Appalachian State, on the other hand, has some of the top skill players in the SBC on offense. Quarterback Chase Brice has thrown for 495 yards and seven touchdowns with just one interception in two games, while running back Cameron Peoples has totaled 177 yards and a touchdown on the ground. Defensively, App State is led by defensive back Nick Ross with 13 tackles and one tackle-for-loss in two games.

Troy linebacker Carton Martial, linebacker KJ Robertson and receiver Tez Johnson – all dealing with injuries – are expected to play against the Mountaineers. Martial is just four tackles away from tying the Sun Belt’s career tackles record.

While Troy is looking to break the trend under Sumrall, the series between Troy and Appalachian State has been a relatively one-sided one for most of the two schools’ history. The two sides met for the first time in 1970, a 42-0 Appalachian State win. Since 2000, Troy and App State have meet nine times with the Mountaineers winning six of those games. The last time Troy defeated App State was a 28-24 win in 2016, but the Mountaineers have won the past four games in the series by a combined score of 161-40. Last season App State won 45-7.

Troy and Appalachian State will kickoff at 2:30 p.m. and the game will be broadcast on ESPN+.