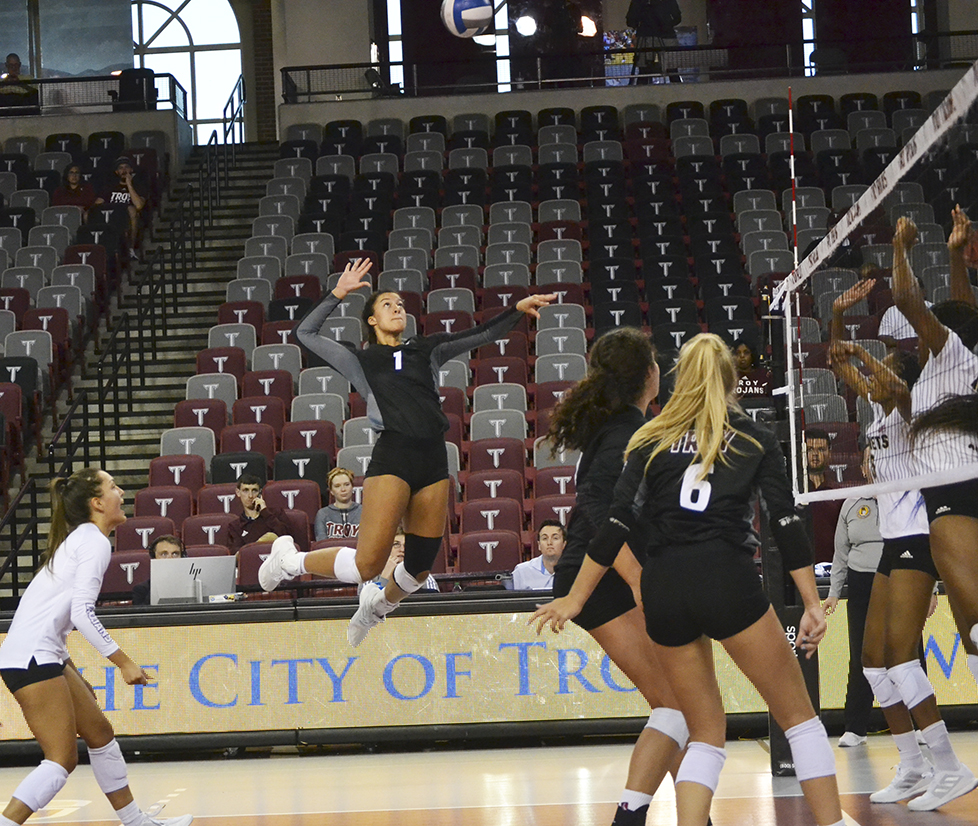 The Troy Trojans (5-5) opened up their home volleyball schedule on Thursday night with a clean sweep of the Alabama State Hornets (1-12).

Troy won all three sets 25-18, 25-18 and 25-21 to pick up their 35th straight win over the Hornets. The win was the opening match in Troy’s Trojan Invitational, which will continue Friday and Saturday.

“It was great to be home and get a sweep” Troy coach Josh Lauer said. “I was proud of our fight, and we are looking forward to a great weekend ahead. I think we need to play more focused and tougher tomorrow, but I’m proud of the team tonight.”

Alabama State was led by Kalysia Bates with 10 kills and one ace, while Kaylah Jackson had six kills.

Troy plays Gardner-Webb tonight at 6 p.m. and wraps up with a 2 p.m. match against Jacksonville on Saturday. Both of those games will stream on ESPN+.