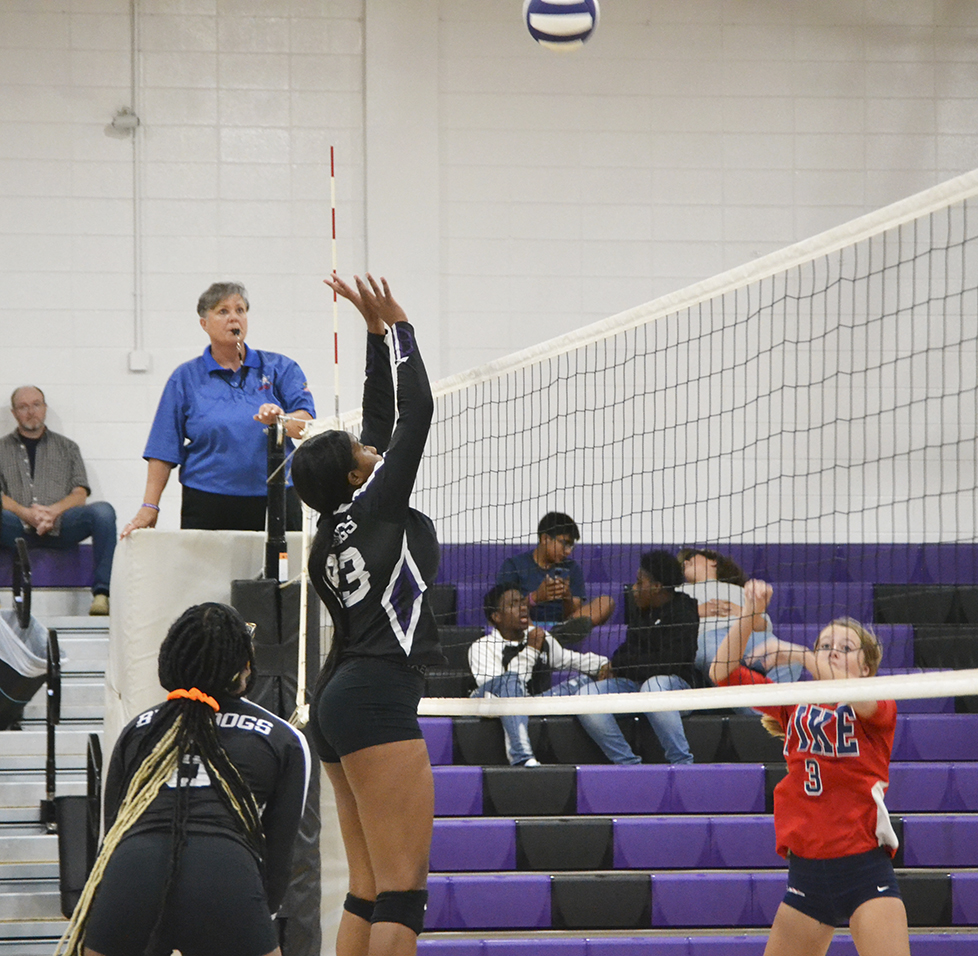 Mikalah Griffin (23) goes up for a block against Pike Liberal Arts. (Photo by Josh Boutwell)

The Pike County Lady Bulldogs hosted the Pike Liberal Arts Lady Patriots in a county volleyball match on Thursday with the Lady Dawgs coming out on top.

Pike County and Pike Lib battled it out in five sets before the Lady Bulldogs managed to take the win by a score of 3-2. The Lady Pats dominated the first set 25-8 and also took the second set 25-15 and looked to be on their way to a sweep before Pike County came alive. The Lady Bulldogs won the final three consecutive sets 25-21, 25-18 and 15-13 to win the match. 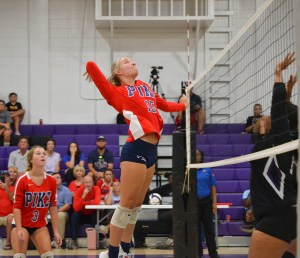 Cara Rushing (15) and the Lady Patriots lost a 3-2 match to Pike County on Thursday. (Photo by Josh Boutwell)

Also, the Charles Henderson Lady Trojans dropped a match with Brewbaker Tech, losing all three sets 25-10, 25-9 and 25-19. In the match, six Lady Trojans each earned one kill.

Also, the Goshen Lady Eagles dropped a match to the Brantley Lady Bulldogs on Thursday. The match was shortened to a best-of-three match due to homecoming activities at Brantley. The Lady Bulldogs won in a sweep, taking both sets 25-15 and 25-18.