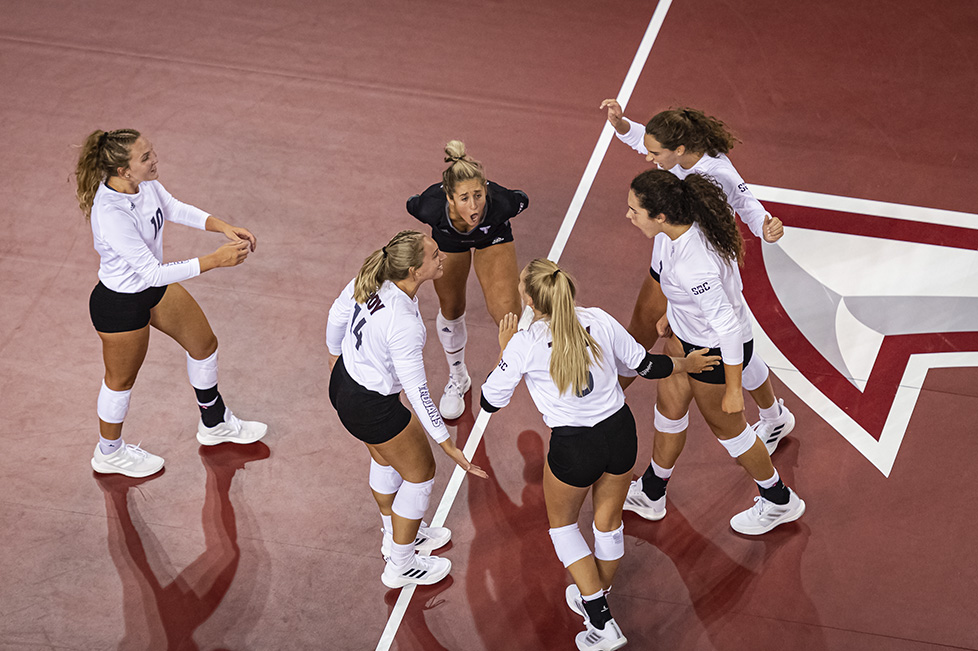 The Troy Trojans will open the home portion of their volleyball schedule this Thursday for the Trojan Invitational.

Alabama State, Jacksonville and Gardner-Webb will join the Trojans for three days of volleyball action from Sept. 15 through Sept. 17. This will be Troy’s first chance to play a regular season match in Trojan Arena this season.

“We are more than ready to be back in Trojan Arena,” Troy coach Josh Lauer said. “Three weeks in a row on the road has been a great challenge for our team, and everybody is excited to be back at home in front of our fans and the Troy volleyball family. Trojan Arena is the best venue in the Sun Belt for volleyball, and I know we are looking forward to an energetic and competitive weekend.”

The Trojan Invitational begins on Thursday with Troy facing off against Alabama State at 6 p.m. This matchup will be the 35th match between the two programs in their history with Troy going 34-0 in the first 34 games, including a 17-0 record at home.

The action continues on Friday when Jacksonville plays Gardner-Webb at noon followed by Jacksonville and Alabama State playing at 3 p.m. Troy and Gardner-Webb will close out the Friday action with a match at 6 p.m.

On Saturday, Gardner-Webb plays Alabama State at 11 a.m. followed by Troy and Jacksonville meeting at 2 p.m.

Tickets to all home Troy games are free for fans. All three matches during the Trojan Invitational will also stream live on ESPN+.